In total, the legislature dedicated nearly half of a billion dollars toward projects within the county, including helping to fund all of the county’s major legislative priorities. Much of this success can be attributed to the support of the bipartisan Clackamas Caucus, with its 16 members working together to support the Clackamas community.

Where did all of this money come from? At the end of 2020, economists believed Oregon would be hard pressed to avoid cuts to major programs or fund special projects. However, this funding picture turned around after a rise in economic activity in early 2021, coupled with new federal funds provided to the state through the American Rescue Plan Act (ARPA). Ultimately, the funding will fuel progress toward the following county priorities. 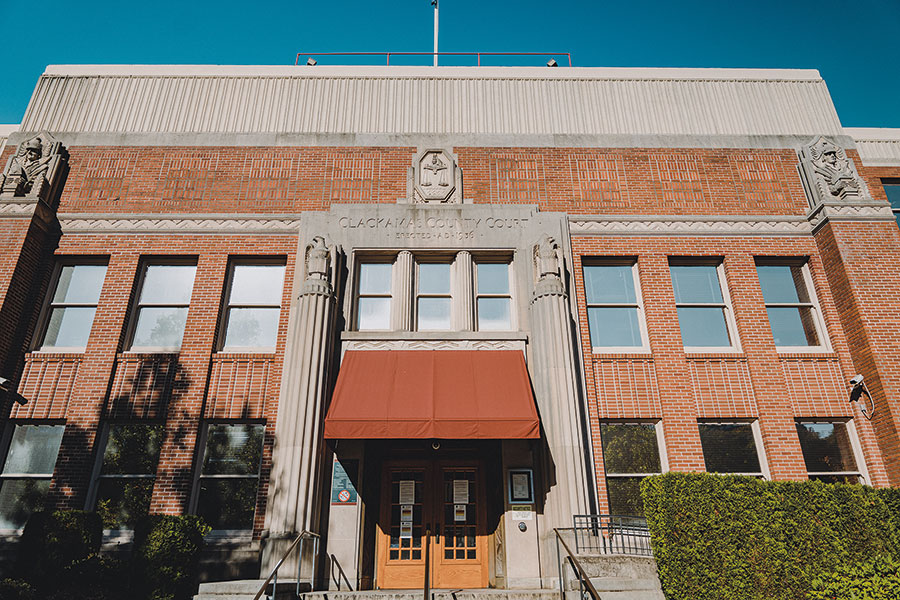 The historic courthouse in downtown Oregon City has been a landmark since it first opened in 1937. Now functionally obsolete and seismically unsound, the time has come to replace the building with a modern facility that will meet projected needs for the next 50 years.

The state of Oregon has established a unique program that splits the cost of constructing new courthouses with counties. The legislature authorized $94.5 million in matching funds toward the estimated $189 million project.

You can learn more about the Courthouse Replacement Project at www.clackamas.us/courthouse. 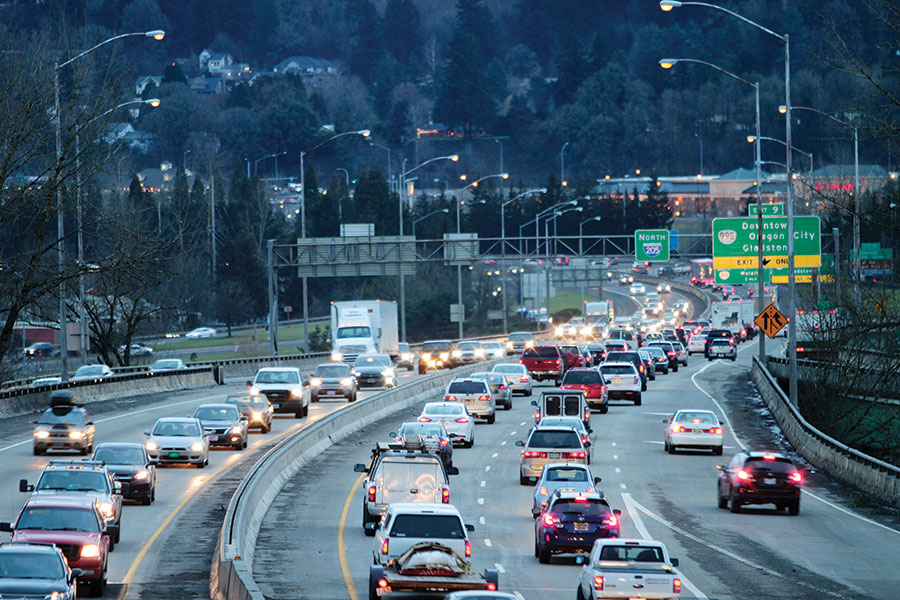 The last two-lane stretch of I-205 in Oregon, between Stafford Road and Oregon 213, has presented congestion challenges for more than a decade. In 2017, state legislators identified this bottleneck as a statewide priority and dedicated initial planning funds to widen the corridor to three lanes while seismically retrofitting the Abernethy Bridge. However, construction funds were not provided.

In 2021, lawmakers recognized the need to address this and other shortcomings by passing House Bill 3055. Primarily, the bill provides the Oregon Department of Transportation (ODOT) with the flexibility to use revenue from a one-cent gas tax increase that was approved in 2017 on a few new uses in the region, including the I-205 project.

As a result, ODOT is now able to begin construction on Phase 1A of the I-205 bottleneck project in 2022. This first phase of the project includes seismic improvements to the Abernethy Bridge over the Willamette River, as well as the addition of an extra lane in each direction. The total cost of this phase is an estimated $375 million, and is expected to be the most complex part of the entire project.

Looking ahead, ODOT plans to rely on tolling I-205 as the primary means to fund the remainder of the bottleneck project, estimated at $750 million. However, Clackamas County continues to advocate that federal funding or other solutions be thoroughly explored before ODOT settles on tolling as the only way to pay for the project.

Find more about this project at www.i205corridor.org. 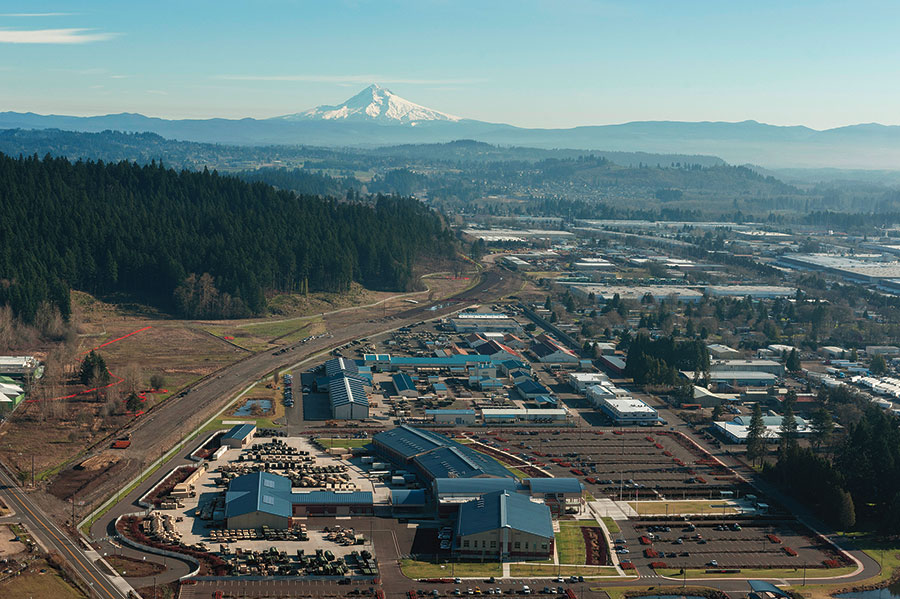 Another exciting outcome is a $4 million allocation to the county to begin a robust community visioning project in the Sunrise Gateway Corridor. The location of this project is along Highway 212, between I-205 and 172nd Avenue, and serves the Clackamas Industrial Area (the county’s largest industrial area) and Happy Valley, the fastest growing city in the county.

The Visioning Project will be an equity-forward community engagement effort that focuses on transportation, housing, open space and employment needs in the corridor. The goal is to make sure long-standing transportation plans continue to meet the needs of the community ahead of major investments, and to ensure this large employment area has the correct public infrastructure to serve the coming generations of workers, employers, and residents of the area and region. 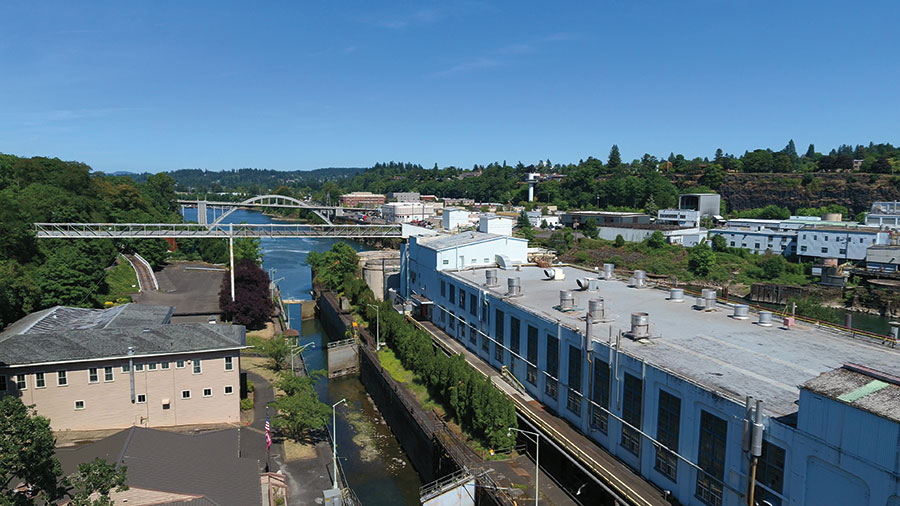 Another landmark success includes the Willamette Falls Locks, on the banks of West Linn. The Locks have been a critical part of Oregon’s economic growth since opening in 1873, at one point moving more timber and wheat through the Willamette River than all Columbia River locks.

House Bill 2564 establishes a new quasi-public authority to receive ownership of this historic water infrastructure project from the U.S. Army Corps of Engineers. Oregon Governor Kate Brown is required to appoint members to this new authority before the end of the year. The Army Corps will transfer the facility upon completing seismic improvements.

In addition, the legislature invested $7.25 million toward safety repairs of the Locks.

The creation of a new authority and infusion of funds presents Oregon and Willamette River communities with a unique opportunity to rebuild and reimagine a river economy, and ensures the upper and lower Willamette River remain one navigable waterway.

Lastly, state legislators were given the opportunity to invest federal funds from the ARPA into local projects across the state. In Clackamas County, funds will be provided for a variety of purposes, including but not limited to, business recovery, COVID-19 response, the Oak Lodge Library and Concord Property, Gladstone Library, county fairgrounds buildings and a mobile public health van.

Find more details about the outcomes of the 2021 state legislative session and its impact on Clackamas County at www.clackamas.us/countypriorities