Deputies help save baby at mall using CPR; parents invite them to hospital for photo 'of the guys who saved her life'

Deputies help save baby at mall using CPR; parents invite them to hospital for photo 'of the guys who saved her life' 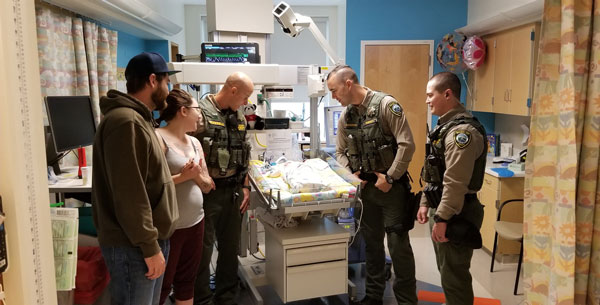 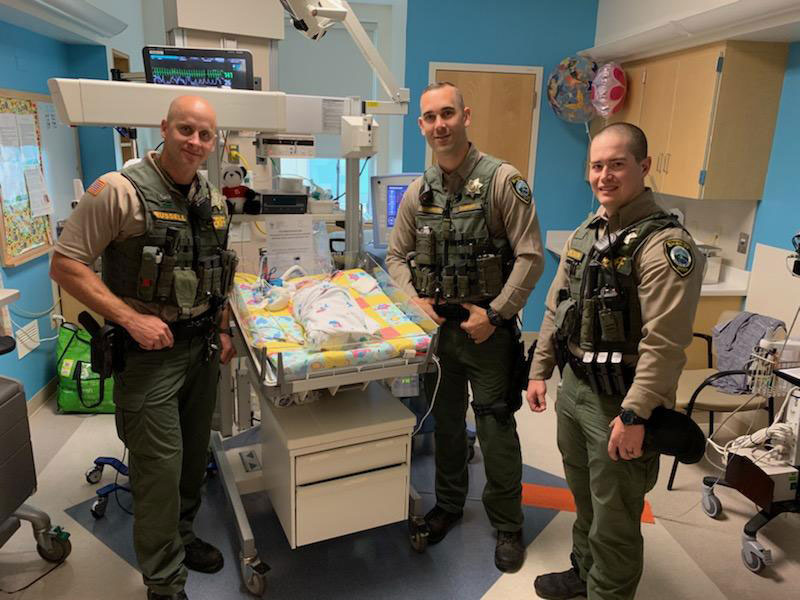 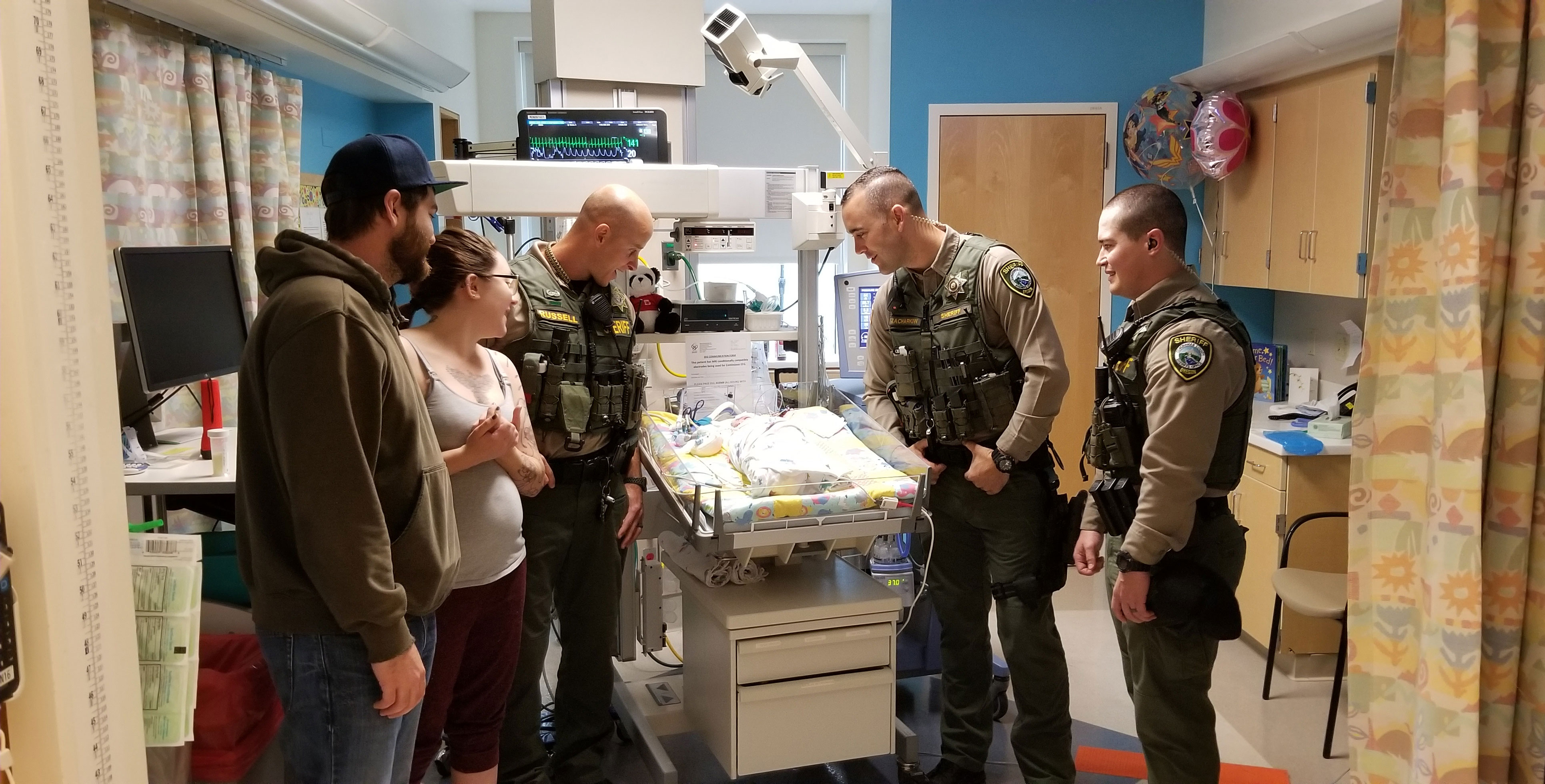 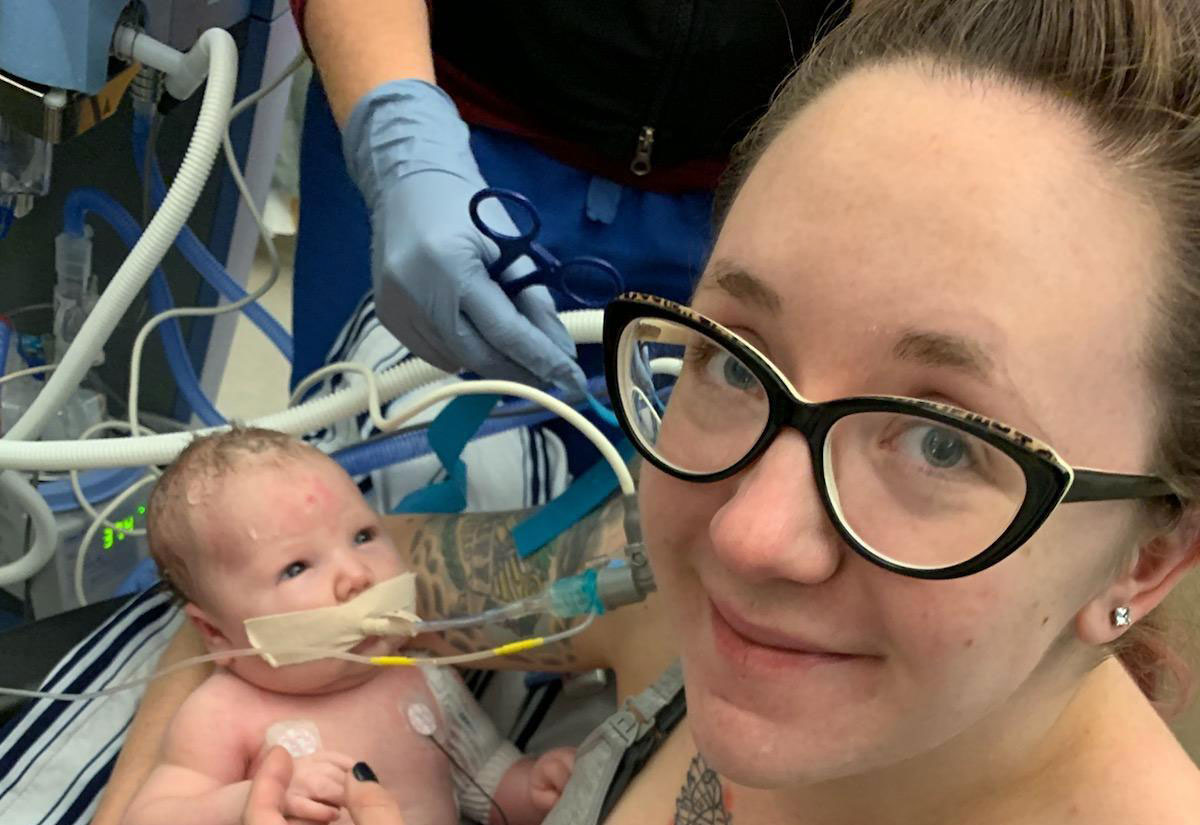 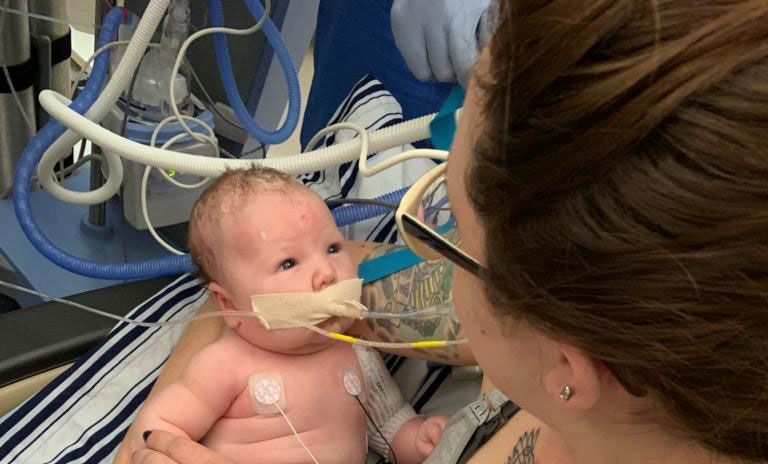 Shortly after noon on Sunday, Sept. 30, deputies received an urgent call from Clackamas Town Center. A week-old infant, Audrey Harmon, had stopped breathing in the portrait studio at JCPenney.

Deputies Zacharkiw (pronounced "za-KARK-ee"), Olson, and Russell responded, running through the mall to the portrait studio. They found Baby Audrey pale and unresponsive. Authorities believe she had choked on fluids. The parents were distraught. The mother had called 911 while the father and a number of Good Samaritans made the first attempts at infant CPR and assisted the parents.

Deputy Zacharkiw performed chest compressions while Deputy Olson checked the infant's airway with his finger. Deputy Russell stabilized Audrey’s head, keeping her neck arched and airway open. Deputy Zacharkiw turned Audrey over on her stomach and performed a burping chest pat to remove fluid from the baby's airway. After he flipped Audrey back over, Deputy Russell used a Bulbous nose sucker to extract fluid from the infant's nose.

Baby Audrey was transported to OHSU. At this writing she remains in intensive care, but her condition is steadily improving.

"Kaylob told us he wanted a picture to show Audrey one day of the guys who saved her life," reported Deputy Zacharkiw. "It was unbelievably heartwarming to be invited back, and amazing to see how far she has progressed since last Sunday. Shortly after we left, Kaylob texted me a few more pictures, excited that the EEG leads had been removed from Audrey’s head."