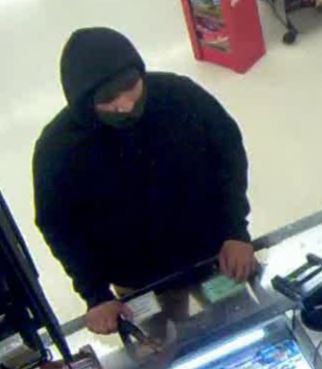 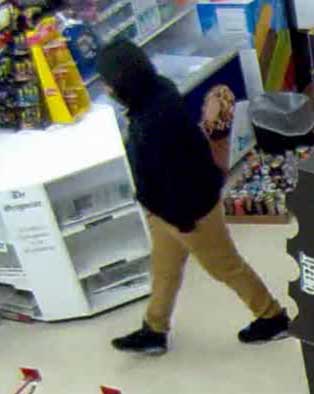 Were you attempting to rob a Plaid Pantry just before 1 a.m. on April 28?

We'd like to reunite you with the hatchet you left behind after the clerk responded with a handgun and a 911 call and you fled the scene.

At approximately 12:56 a.m. on Sunday, April 28, an employee of the Oak Grove Plaid Pantry called 911 to report an attempted armed robbery.

As seen in the above-linked video, a masked robber showed up at a local convenience store on April 28. The suspect looked in store windows and checked the scene before entering the store.

The suspect then pulled a 12-inch hatchet from his pants at the convenience-store counter.

The clerk responded by pulling a concealed handgun, and then called 911 while holding the suspect at gunpoint.

The suspect then placed the hatchet on the counter and reportedly told the clerk, "I'm sorry. I'll leave."

The suspect got on his knees with his hands in the air, then abruptly fled the store. He was last seen running eastbound on SE Roethe Rd.

Deputies responded to the scene and performed a K9 track, but were unable to locate the suspect.

Can you help us ID the suspect and make an arrest in this case?

The suspect was described as follows:

Photos of the suspect taken from the video are attached.

NOTE TO MEDIA: The clerk is NOT interested in media interviews.