Clackamas County Sheriff's Office deputies responded to two separate crashes in Happy Valley and the Canby area on Memorial Day. Both crashes involved the use of intoxicants. Photos from both crash scenes are attached. 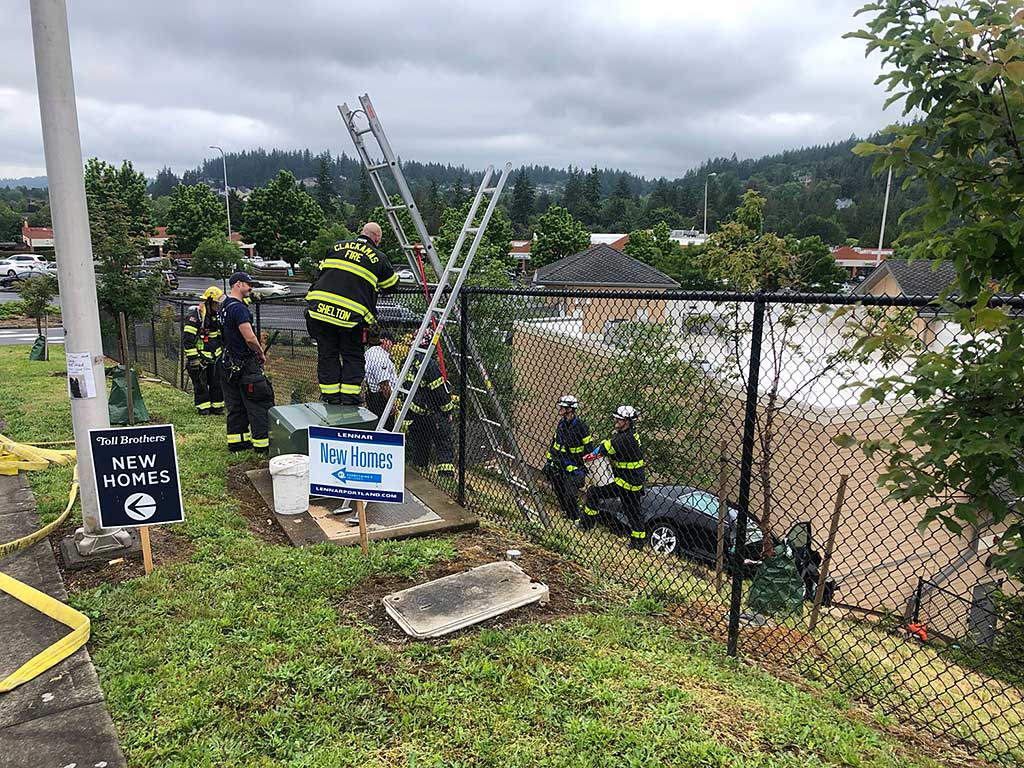 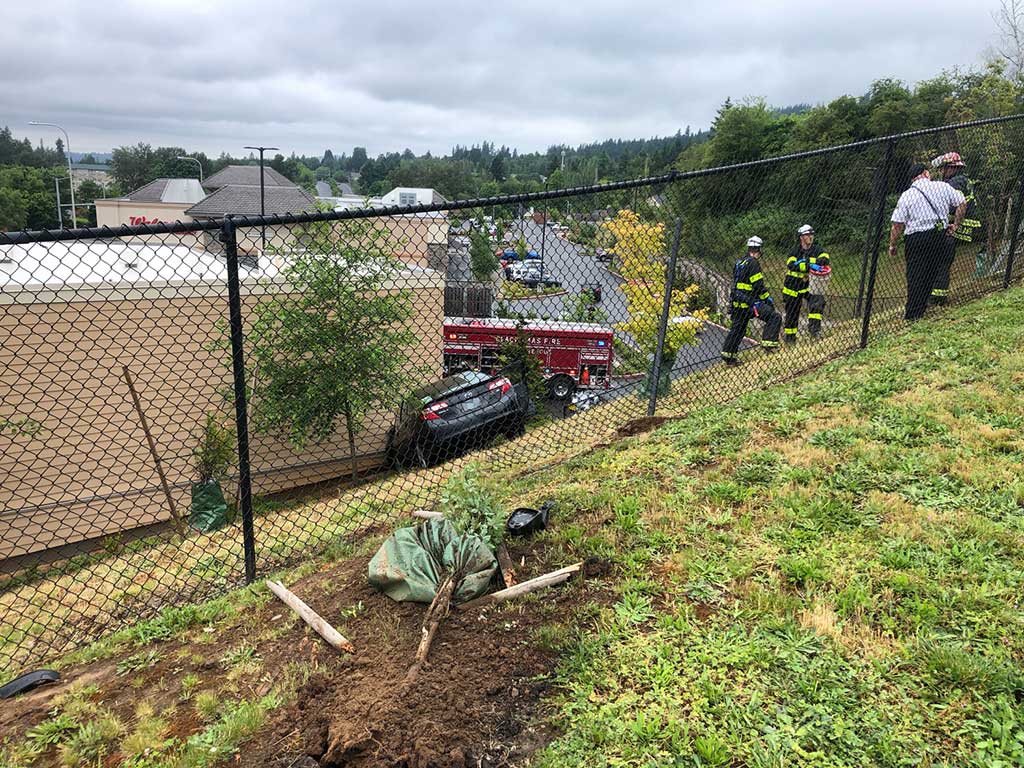 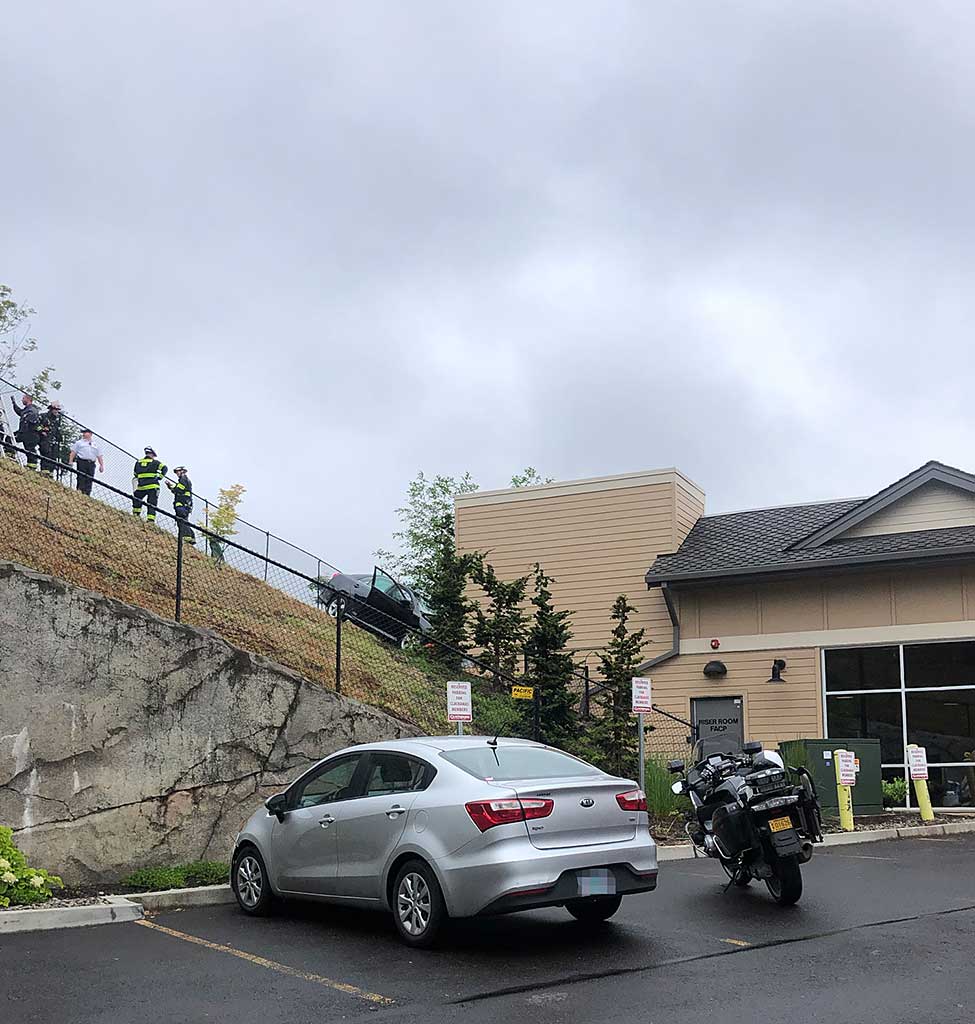 At approximately 10:30 a.m. on Monday, May 27, deputies responded to a single vehicle collision at 12111 SE Sunnyside Rd in Happy Valley. There were injuries involved and the vehicle had reportedly collided with a building.

When deputies arrived, the saw the vehicle had left the roadway, traveled down a hill and struck the Clackamas Federal Credit Union building at this location. Clackamas Fire District #1 was on scene and helping people out of the vehicle.

An investigation revealed that Aurora Taylor had been using inhalants, or "huffing," while a passenger in the vehicle. For an unknown reason, she grabbed the steering wheel while they were driving and caused the vehicle to drive over the center median. The vehicle then continued into the wrong lane of travel before going over the sidewalk and down the embankment before crashing into the building. 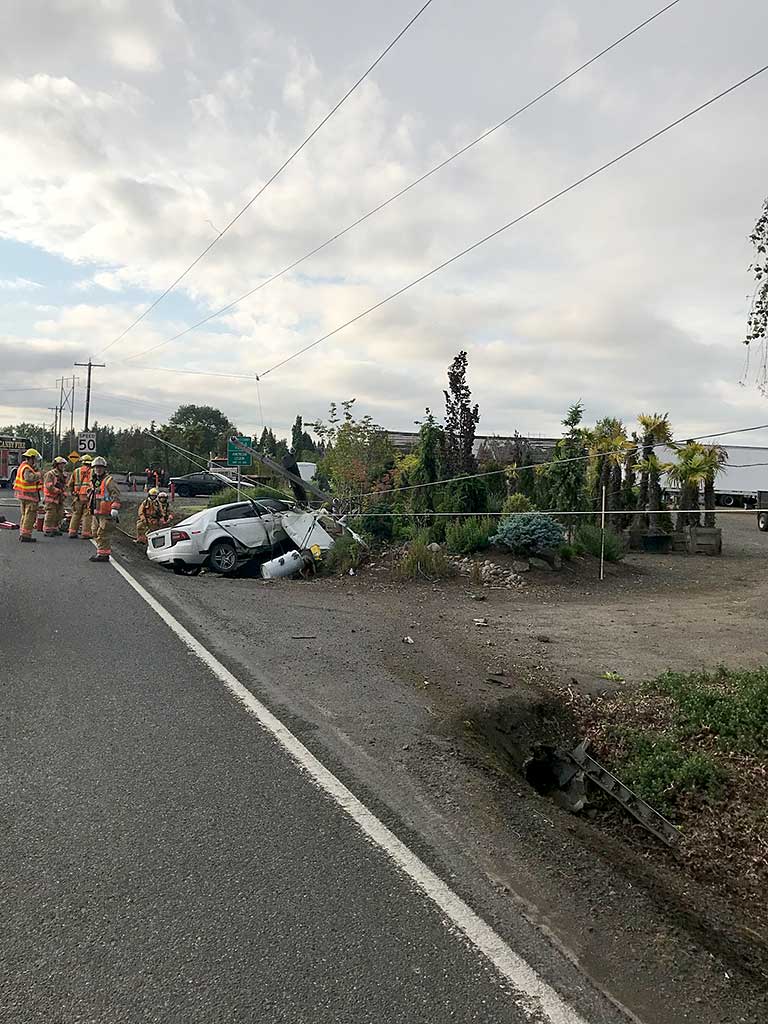 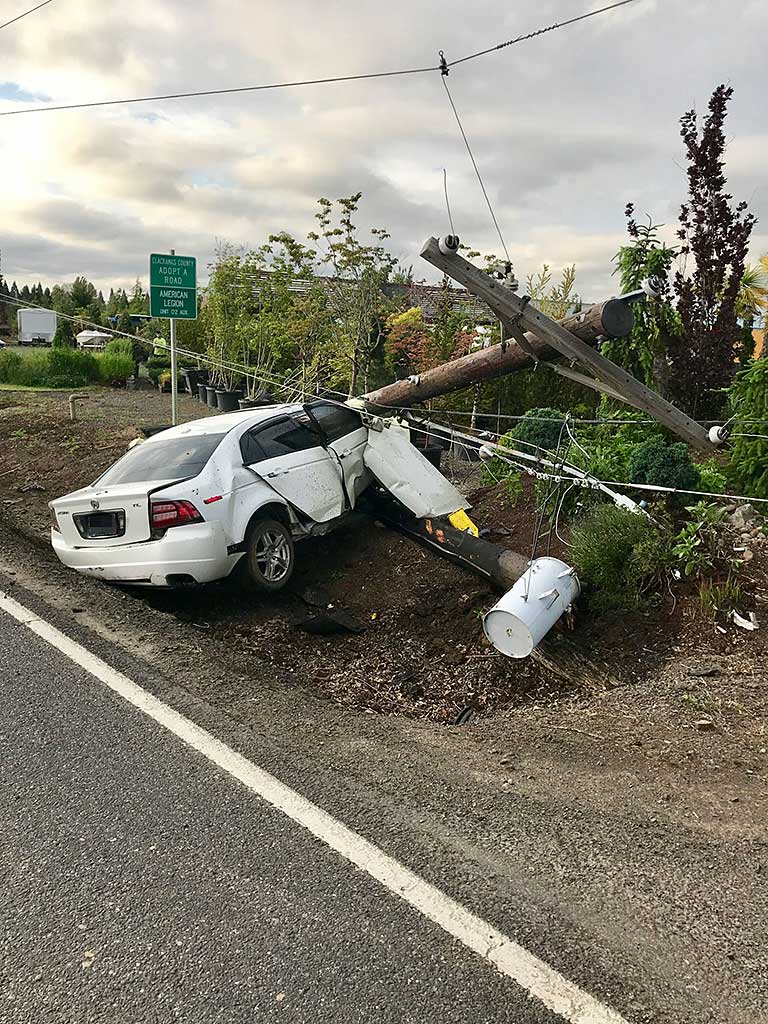 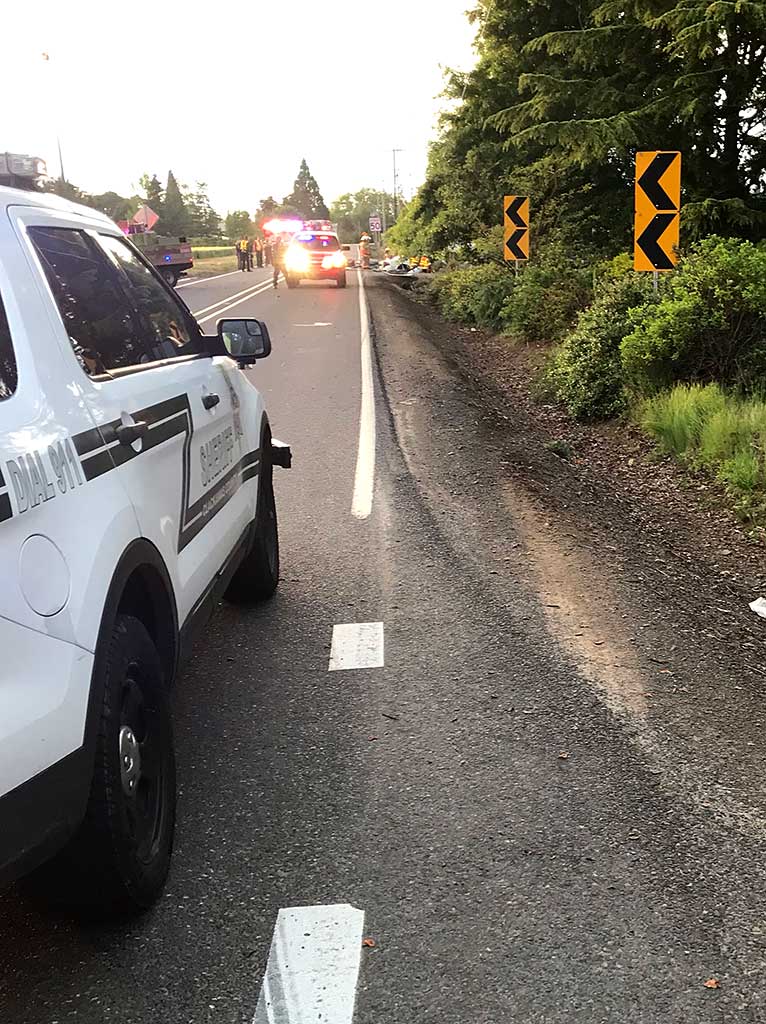 At 7:15 p.m. on Memorial Day, a Sheriff's Office deputy responded to the scene of a reported single-vehicle rollover crash at the intersection of Hwy. 170 and S. Macksburg Rd, just south of Canby.

The vehicle has reportedly struck a utility pole, and there was an injured passenger.

Officers with Canby PD were the first to arrive on the scene. American Medical Response and Clackamas Fire District #1 also responded to the crash scene and assisted.

The deputy determined the driver -- Julie Ann Shively, 54, of Canby -- entered the curve at the location too fast, drove off the road, and traveled in the ditch before jumping a driveway and striking a PGE utility pole.

The collision injured the only passenger in the vehicle, Kieren Shivley, 21, of Canby. Keiren Shivley is the adult son of driver Julie Shively. Kieren Shively was transported by Life Flight to an area hospital with traumatic injuries.

A Canby PD officer conducted a DUII investigation and determined Julie Shivley was under the influence of alcohol and unable to operate a vehicle safely. She was transported by ambulance to an area hospital for minor injuries and issued a citation in lieu of custody for DUII. This case was submitted the Clackamas County District Attorney's Office for consideration of prosecution.