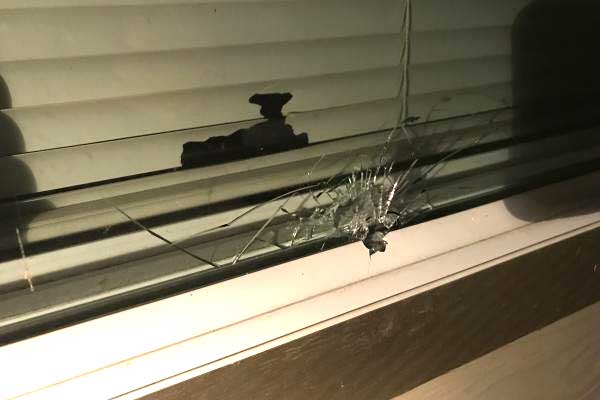 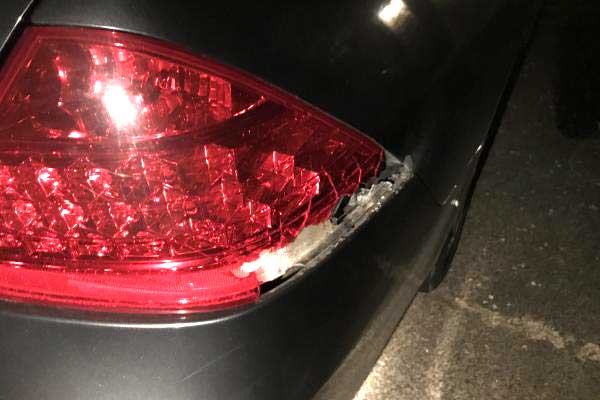 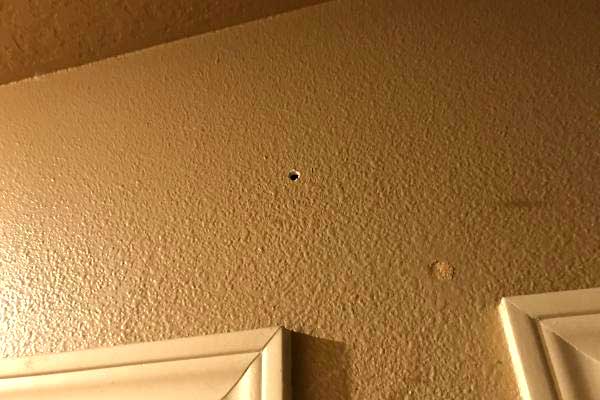 At approximately 2:30 a.m. on Tuesday, June 4, 2019, Clackamas County Sheriff's Office deputies responded to the report of a "promiscuous shooting" -- a loud, indiscriminate noise -- on SW Stafford Rd. near SW Frog Pond Ln. just outside the City of Wilsonville. A caller had reported that someone drove by her residence and shot multiple times.

Responding deputies did not locate any suspects when they arrived in the area. However, upon investigating, a deputy observed damage to a vehicle and home on Stafford Road. Two bullet strikes were discovered.

The bullet that struck the house went through a bedroom window and then into the wall. No one was injured as result of this incident.

A deputy reviewed video surveillance of this incident -- discovering a suspect vehicle seen driving south from the location toward Wilsonville. This video can be downloaded from this Dropbox address:

In the video, an unidentifiable vehicle is seen driving south on SW. Stafford Rd., and multiple noises sounding like rapid gunfire are heard as the car drives by.

Photos of damage to the home and car are also attached.

This case is still under investigation. The Sheriff's Office is asking for the public's help -- including any surveillance video residents may have captured of a vehicle in the area of SW Stafford Rd. near SW Frog Pond Ln. around 2:30 a.m.

Anyone with information on this shooting incident -- or surveillance video of the suspect video -- is urged to contact the Sheriff’s Office Tip Line by phone at 503-723-4949 or by using the online email form. Please reference CCSO Case # 19-012943.