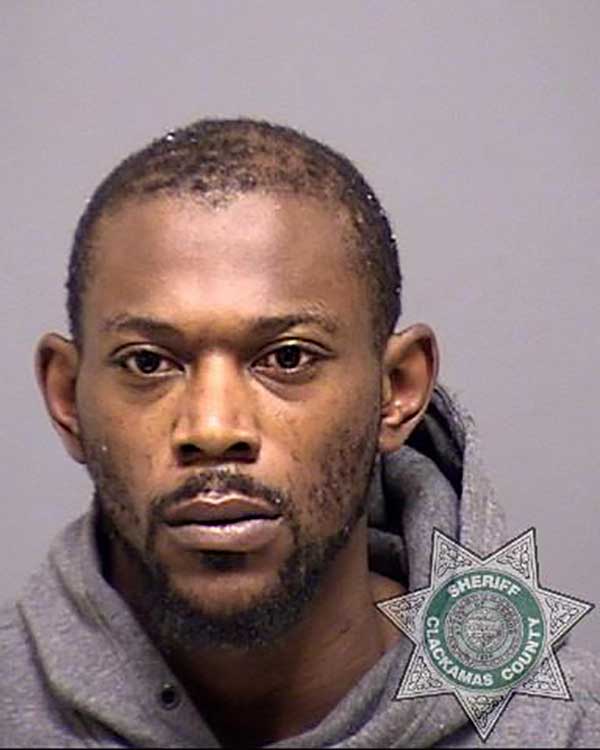 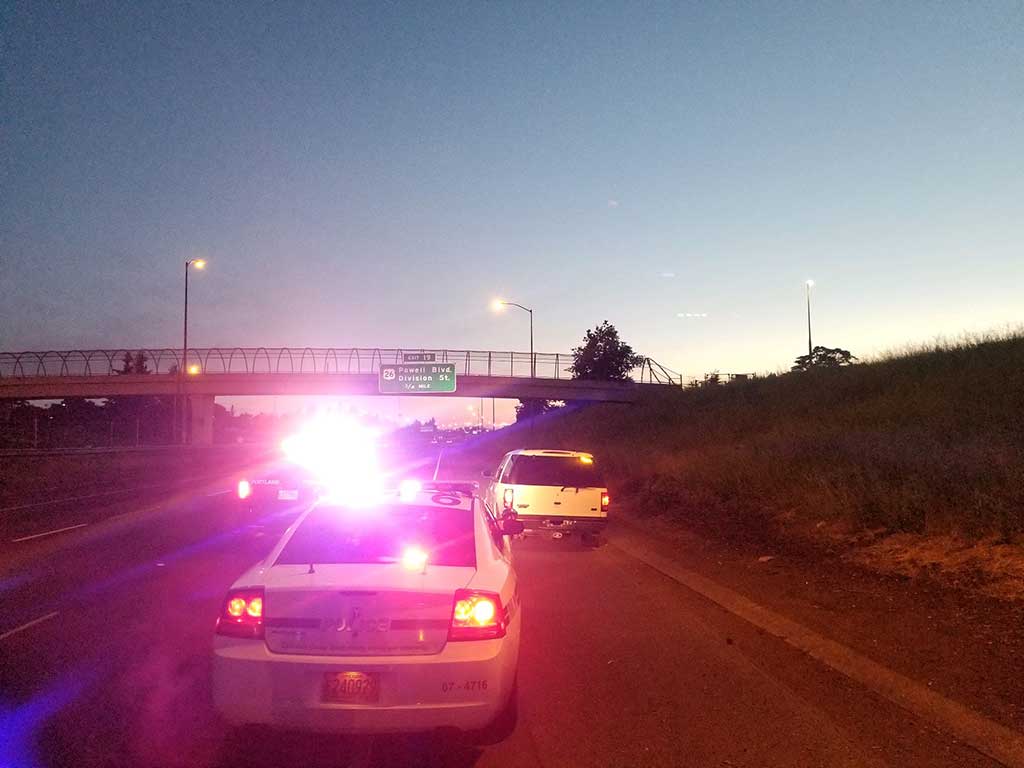 At approximately 4:15 a.m. on Sunday, June 9, 2019, a Clackamas County Sheriff's Office deputy assigned to the City of Happy Valley attempted to stop a Ford Expedition that did not have license plates in the area of SE Tillstrom Rd and SE Borges Rd. in Damascus.

The driver failed to yield, and a short pursuit ensued.

The pursuit headed west on Foster Rd. toward I-205 and ended as the vehicle entered I-205 northbound. Deputies successfully deployed spike strips, which helped end the pursuit without any further incident.

The driver was taken into custody and presented an Oregon Identification card identifying him as "Travayae Cason." While being booked into Clackamas County Jail, he was fingerprinted and his true identity was discovered: He had been lying about his name, which was actually Mikiandre Elgrego Hammick, 27, of Portland.

Mikiandre Hammick was booked on charges including Attempt to Elude, Reckless Driving, Reckless Endangering and Driving While Suspended under misdemeanor status.

Hammick presented the false ID in an attempt to conceal a felony warrant for his arrest. The warrant was for a Theft I charge out of Washington County. He is also on federal probation for a weapons charge.

The following charges have now been added to Hammick’s arrest: Providing False Information to Police and Identity Theft. His complete booking info is here. His bail is set at $40,000. A booking photo is attached.

Hammick had one passenger in the vehicle who also lied about her identity. She had identified herself as "Corista Sanders" and was released at the scene. However, she was later identified by deputies as Ossie Lynn Spencer, 28, of Portland. She too has a felony warrant for her arrest out of Washington County for Theft I.

Deputies are now attempting to locate Ossie Spencer and arrest her on the warrant. Anyone with information on Ms. Spencer's whereabouts is urged to contact the Sheriff's Office Tip Line -- by phone at 503-723-4949 or by using the online form. Please reference CCSO Case # 19-13366.