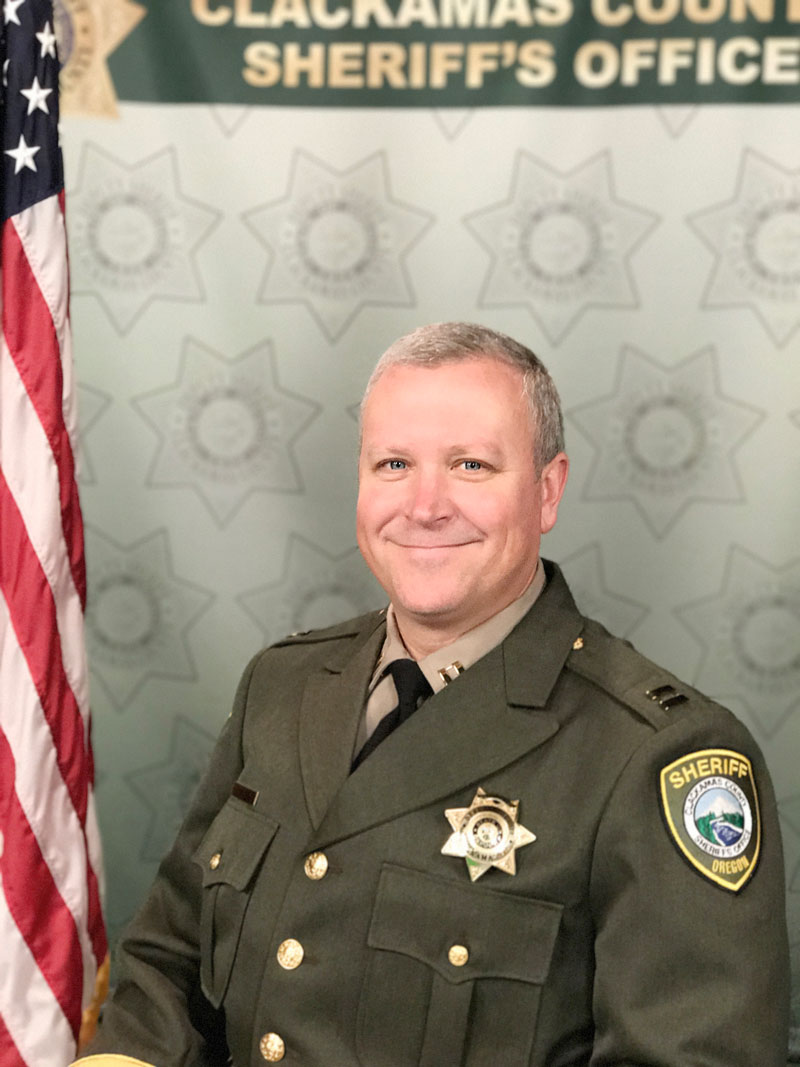 There is a highly competitive process local law enforcement officers must go through to be selected for this honor. That process includes a nomination by a supervisor; interviews with the candidate and co-workers to determine leadership skills and abilities; a background check; a determination of physical fitness; and the support of former National Academy graduates within the candidate's organization.

"The exceptional leaders selected to attend the National Academy have a great opportunity to share their experiences with peers and learn best practices from across the country and the world," said Renn Cannon, Special Agent in Charge of the FBI in Oregon. "Only a few law enforcement officers from Oregon attend each year, and we are proud to sponsor Capt. Smith and our other local partners in the National Academy."

Capt. Smith earned a Bachelor of Science degree from the University of Oregon and as well as his Executive Certificate from the Oregon Department of Public Safety Standards and Training (DPSST).

"Congratulations to Captain Smith," said Sheriff Craig Roberts. "This incredible opportunity with the FBI allowed him to meet and study with leaders and experts from across the United States. It's a serious commitment. Thanks also to his family for supporting him during this intensive 10-week course."

During the 10 weeks of training, local executive-level law enforcement officers spend most of their time in the classroom. Capt. Smith's National Academy classes included: Advanced Psychology of Communication, Fitness in Law Enforcement, Psychology of Leadership, Emotional Intelligence, Managing the Law Enforcement Image, and a seminar in Contemporary Issues in Law Enforcement. The program allows participants the opportunity to earn college credits through the University of Virginia for some of those studies.

Each year, the FBI sponsors four sessions of the National Academy. Each session includes about 220 local law enforcement officers from throughout the United States and around the world. While in the academy, the officers and deputies live in a dorm-like setting. The FBI does not charge U.S. students for tuition, books, equipment, meals, lodging or travel to and from their home.