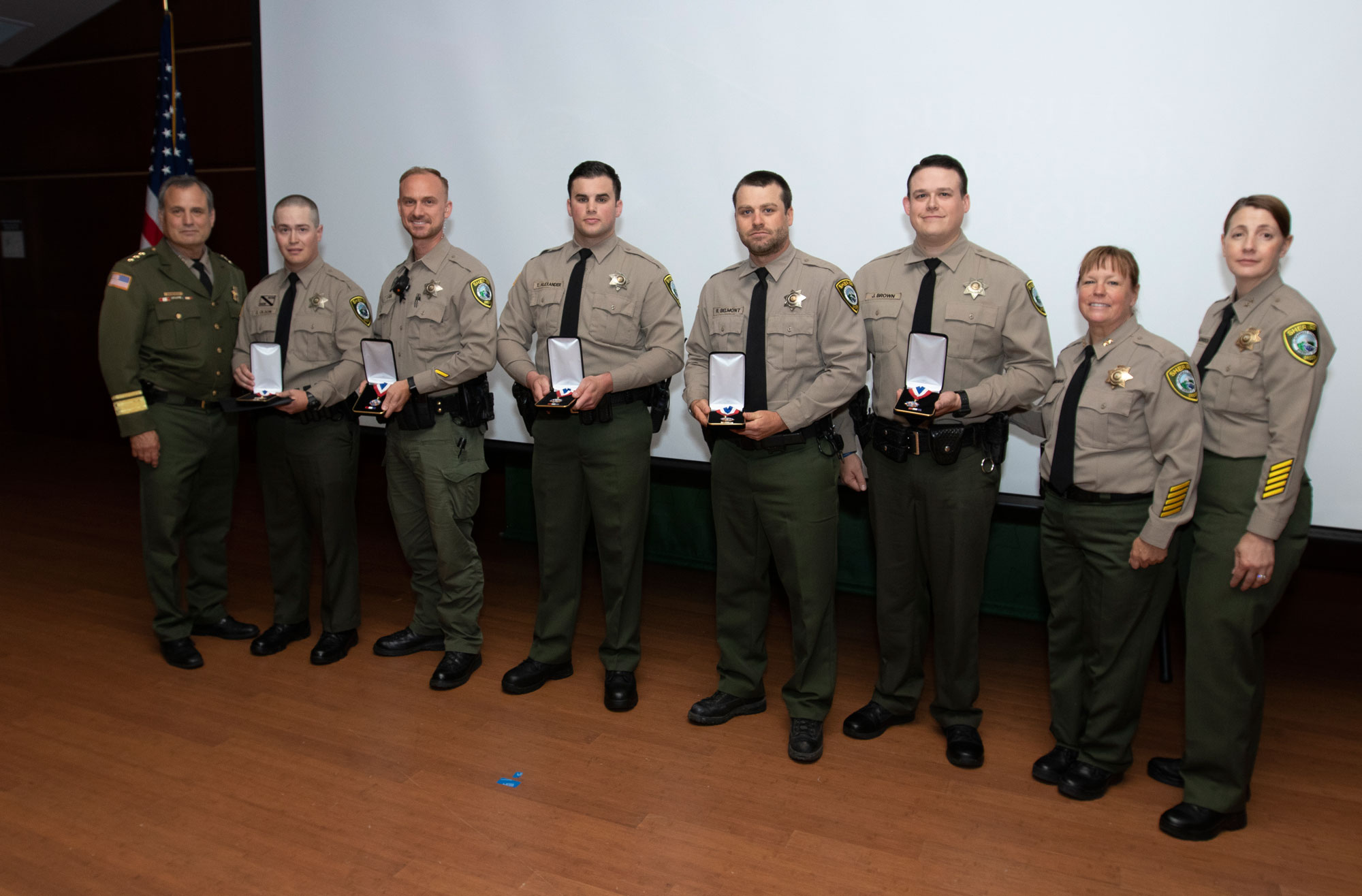 Last fall, five deputies put themselves in harm’s way to rescue a man shot in the head. Last week, we presented them with our Medal of Valor.

On June 27, we held our 2018 Awards Ceremony at Camp Withycombe — honoring dozens of employees from across the Sheriff’s Office (as well as citizens) who went above and beyond last year in the name of public safety.

The award recognized their actions on a November night when they risked their lives to rescue a man who’d been shot in the head.

He arrived at the scene — just as the incident turned into a shooting.

Deputy Alexander heard glass breaking, as well as 6 to 10 gunshots. He saw rounds hit the pavement in front of the home.

Deputy Alexander called for cover and made his way up to the home, using concealment. He saw a man lying in the front yard, moaning in pain.

The victim had a gunshot wound to the head. And he was lying in direct view of a broken window.

Cover arrived at the scene. East Welches Road was closed. Deputy Adel contacted Deputies Brown and Olson as they crouched in a deep ditch near the scene.

The deputies split into two-man teams and moved toward the target house. They assessed the scene.

Deputy Olson told the victim to crawl out of the front yard. The victim did not respond.

Working together, these deputies formulated a hasty rescue plan.

Deputy Alexander covered the broken window with his rifle.

Meanwhile, Deputies Olson, Brown and Belmont approached the victim. They used the passenger side of Deputy Adel’s vehicle as cover.

Deputy Adel pulled his vehicle into the front yard of the residence — exposing himself to potential gunfire. He exited his vehicle with his long gun pointed at the window to provide cover.

Deputy Olson then ran in front of the shot-out window, grabbed the victim, and dragged him behind the patrol car.

Deputy Adel then backed his car up while Deputies Olson and Belmont pulled the victim alongside the vehicle, shielding the victim from potential gunfire.

Deputies Belmont, Olson and Brown then loaded the victim into Deputy Adel’s patrol car. Deputy Brown remained in the back seat and assessed the victim’s injuries.

They transported the victim to medical personnel staged at a nearby Thriftway.

Deputy Brown rode with the victim to the hospital. The victim survived.

As noted at the close of the Awards Ceremony: “These deputies risked their lives to save this man. Their efforts were selfless and exhibit the very highest standards of our office. We’re honored to present them with our Medal of Valor.”

Dash-cam video of the rescue can be downloaded here.