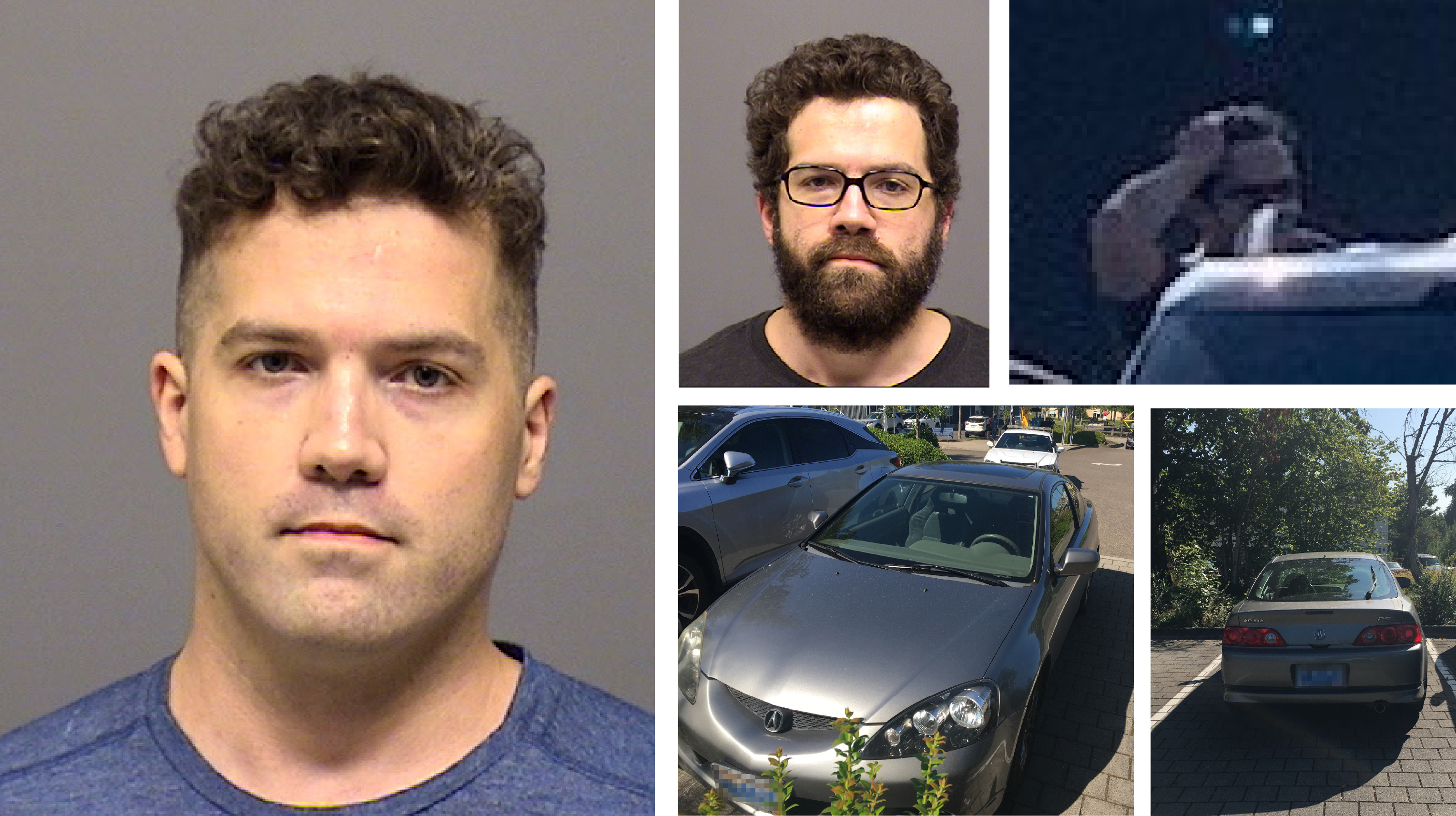 The suspect in an April inappropriate-touching case at Clackamas Town Center was just arrested again on new harassment charges stemming from an August incident at the Happy Valley Library -- and authorities are looking for possible additional victims.

On Aug. 7, suspect Justin Carl Phelps was at the Clackamas County Courthouse for his arraignment on an April 13 incident in which he was caught on camera inappropriately touching bookstore patrons.

As he was leaving the courthouse following that arraignment, a Sheriff's Office detective contracted to Happy Valley PD arrested Phelps on a new, unrelated charge of harassment. In this new incident, Phelps is accused of following a woman around the Happy Valley Library on Saturday, Aug. 3 at approximately 4 p.m. He reportedly inappropriately touched the woman, followed her to her car, and then continued to follow her in his own vehicle after she drove away.

A photo of Phelps taken by the woman during this alleged harassment is attached.

A new booking photo of Phelps is attached. In the new photo, he is clean-shaven; in the April booking photo (also attached), he was bearded.

Detectives are concerned that Phelps may be escalating his alleged behavior.

The Sheriff’s Office is seeking possible additional victims. Anyone with information on Justin Phelps or who has been inappropriately followed, contacted or touched by Phelps is urged to contact the Sheriff’s Office Tip Line — by phone at 503-723-4949 or by using the online email form at https://web3.clackamas.us/contact/tip.jsp. Please reference CCSO Case #19-018097.

The April press release on Phelps' arrest in the Town Center incident is here.