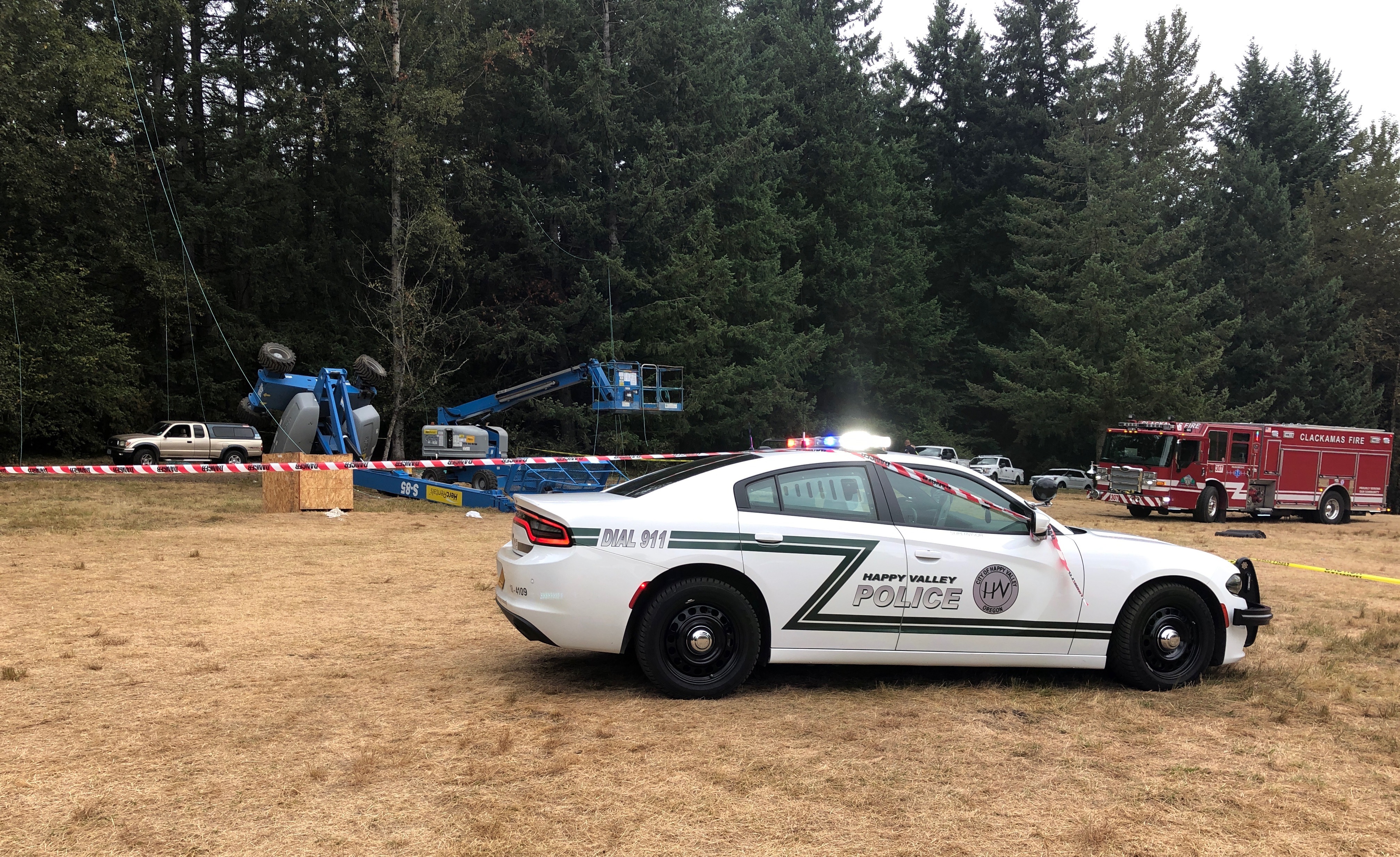 The Clackamas County Sheriff's Office and other agencies are responding to a fatal accident at Pendarvis Farm in Happy Valley, where two arborists were killed in a boom-lift accident that occurred while the arborists were helping take down shades that were strung over the grounds at the Pickathon music festival.

The incident occurred at approximately 4:30 p.m. today (Thursday, Aug. 8, 2019). The two arborists were private contractors, helping to break down a shade installationat the Pickathon festival, which concluded Aug. 4. Crews were taking down the festival sets and equipment and had expected to conclude their work Friday.

Early reports from the scene are that the arborists had been ascending in a boom lift before climbing further up trees to get to ropes holding up the complex shade installation. They were wearing safety equipment and were roped to the boom lift, which was reportedly positioned on an incline.

The arborists were approximately 40 feet in the air when the boom lift tilted and fell. The arborists, still roped to the boom, were pulled to the ground with considerable force. Attempts at CPR were unsuccessful.

At this writing investigators are still processing the scene, and the owner of the farm is cooperating fully with authorities. Occupational Safety and Health Administration (OSHA) officials will report to the scene to further investigate the accident.

The Medical Examiner's Office had determined that the two fatalities are likely accidental deaths. The names of the deceased will not be released at this time pending family notifications.

Photos from the accident scene are attached.

Pickathon organizers have released a statement about the accident here.