The suspect was described as a white male adult approximately 5'10" and 250 lbs. He was wearing a ski mask, black hoodie, and black gloves.

Other officers conducted a track of the suspect using the Hillsboro PD K9. They located the suspect a short distance away, where he was taken into custody.

The suspect was identified as Christian David Perry, 49 of Happy Valley.

Authorities learned Perry also had a felony warrant from the Oregon State Parole Board for Robbery; this warrant was confirmed.

Clackamas County Sheriff’s Office detectives believe Perry is the "Opening Bell Bandit," responsible for the following robberies that have occurred throughout Washington, Multnomah and Clackamas Counties: 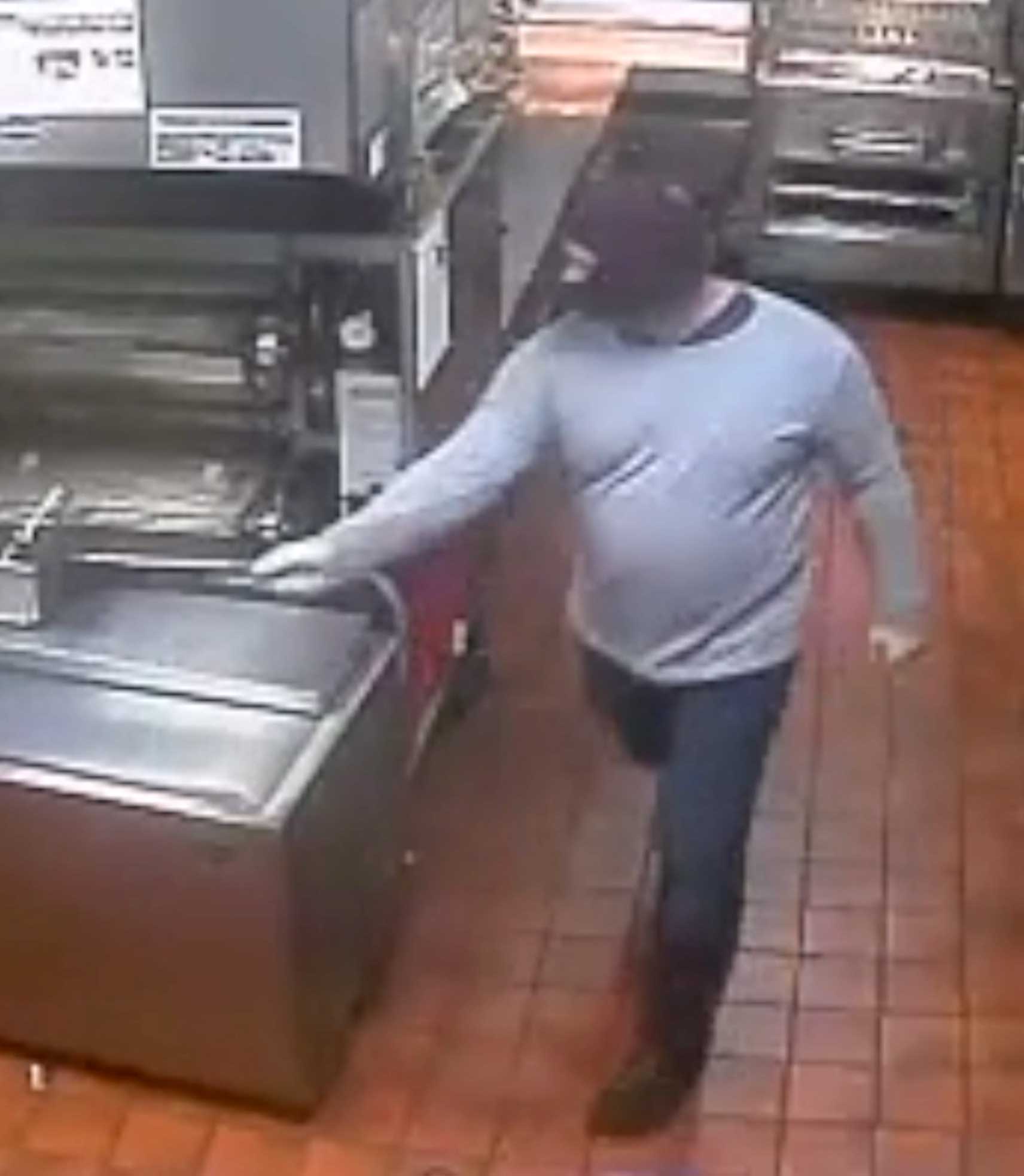 At approximately 7 a.m. on Friday, Dec. 27, 2019, deputies contracted to Happy Valley PD responded to a report of a robbery that had just occurred at the Carl's Jr. restaurant located at 14665 SE Sunnyside Rd. in Happy Valley.

Clackamas County Sheriff's Office deputies also responded and searched for the suspect. The suspect was not located.

Happy Valley PD is conducting a thorough investigation, and the crime scene is being processed with the help of Sheriff's Office Computer Forensics Unit (CFU) technicians.

The suspect is described as follows:

The suspect's actions were captured on video surveillance. The video is available at this Dropbox link:

Stills from the surveillance video are also attached.

West Linn PD has dubbed the suspect the "Opening Bell Bandit" because of his tendency to rob locations right after they open for business.

If you recognize the suspect or have any information regarding this case or the associated robberies, you are asked to contact the Clackamas County Sheriff's Office.

The Sheriff's Office is asking for your help to catch the #OpeningBellBandit. Anyone with information is urged to contact the Sheriff's Office Tip Line — by phone at 503-723-4949 or by using the online email form at https://www.clackamas.us/sheriff/tip . Please reference CCSO Case # 19-030627.