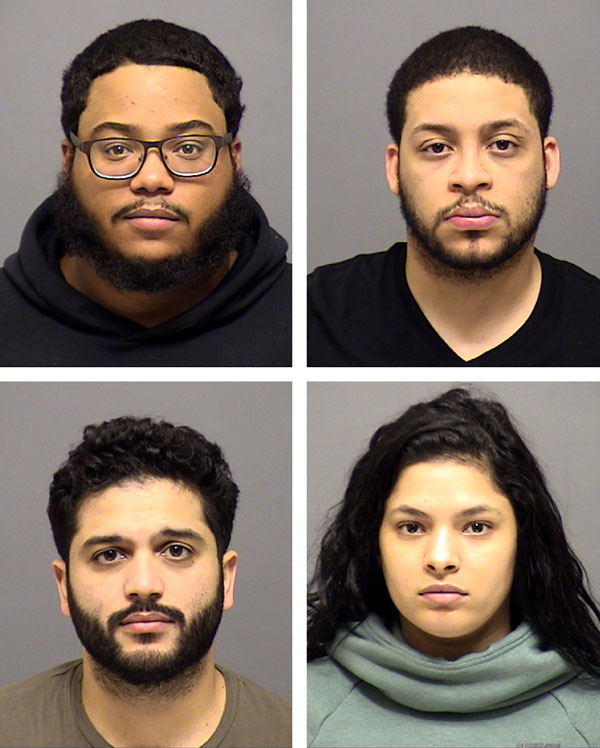 An alert Costco employee notified law enforcement to a potential fraudulent purchase of multiple iPhones on Dec. 23 at the Clackamas Costco (13130 SE 84th Ave.) -- leading to the arrest of four suspects from New York believed to be a part of a theft ring.

The Costco employee called authorities to report a customer who had used a stolen out-of-state ID to create a Costco membership card; the suspect had then used that fraudulently obtained Costco card to purchase three iPhones worth $3,600.

Sheriff’s Office deputies responded and pulled over the suspect's vehicle as it was leaving the Costco parking lot.

Four individuals were in the car.

Suspect Anthony Quezada, of New York, admitted to using ID that did not belong to him to create a membership card and fraudulently purchase the iPhones.

After searching the vehicle, deputies recovered a FedEx box with 23 new iPhone 11 phones still in the boxes and two Apple Mac Book Pro computers. The items are valued at over $32,000 and appeared to be ready to ship.

The suspect vehicle's other occupants -- Mickael Silvestre, John Paul Ortiz, and Naisha Urena, all from New York -- were in possession of fake IDs and multiple Costco Cards using different names. All were arrested and transported to the Clackamas County Jail, where they were charged with Identity Theft.

Authorities believe several different theft rings operate in this manner throughout the United States. The phones, purchased and even activated using fake or stolen IDs, are then re-sold.

Booking photos for the suspects are attached.