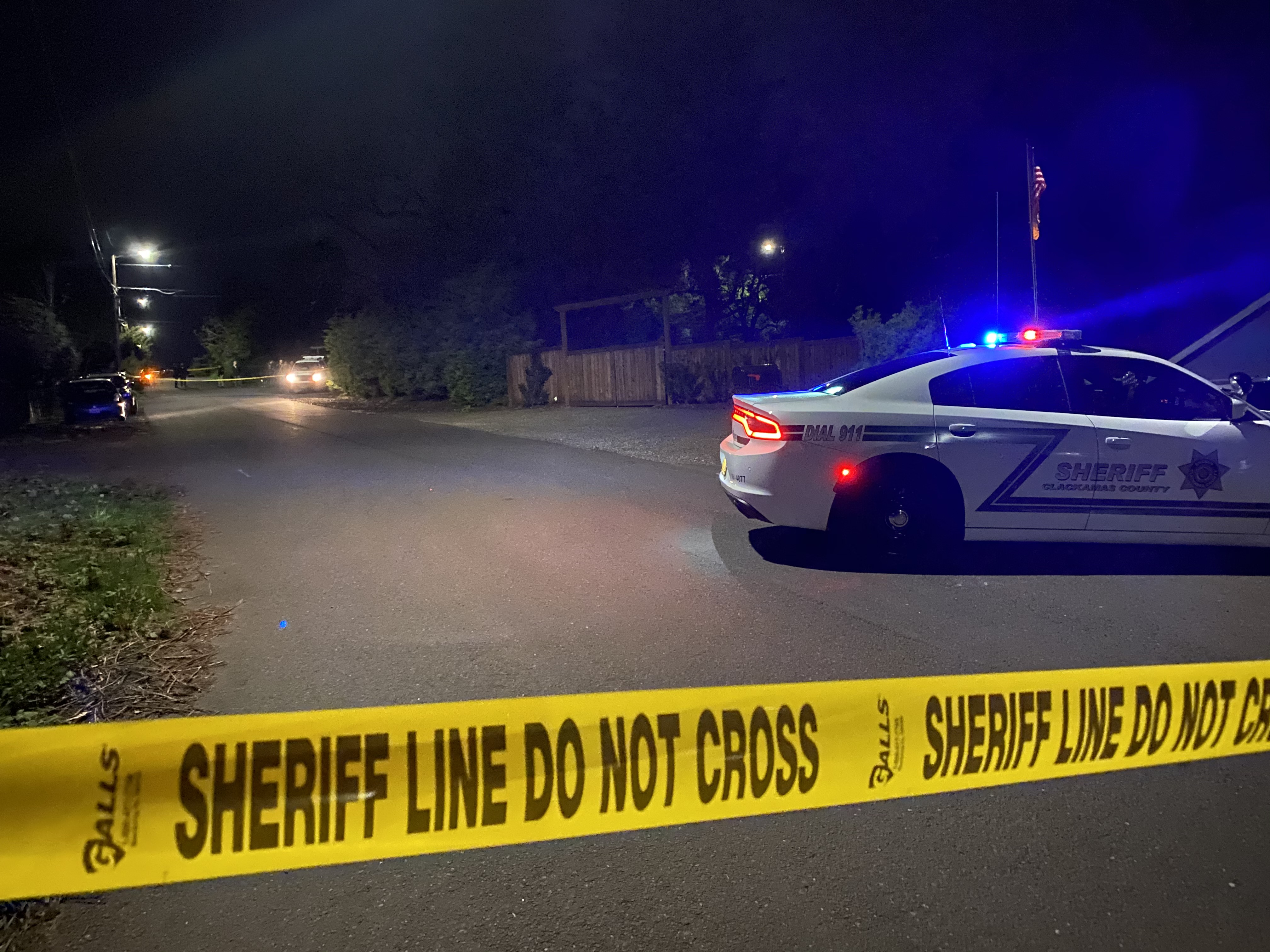 On Saturday, April 11, 2020, Clackamas County Sheriff's Office deputies were dispatched to a report of a domestic disturbance involving a gun at a single-family residence located near SE Briggs St. and SE Evergreen St. in unincorporated Clackamas County.

Deputies were advised there were three adults in the home: the adult male subject, the subject's wife, and her adult son. The male subject had been causing a disturbance that led to a 911 call just before 9:50 p.m.

Dispatch advised our deputies that the male subject was reported to be displaying a gun, the son had armed himself with a pistol, and all three were inside the house together.

As deputies arrived at the scene, they believed they heard a gunshot come from inside the house. Deputies established phone contact with the family inside.

While outside the residence, deputies could hear the situation escalate inside. As a result, several deputies entered the home. They were confronted by the adult male subject, who was holding a gun. The subject was shot by deputies.

Deputies administered first aid and paramedics were called to the scene, but the man was deceased.

Three deputies were involved in the shooting. They have been placed on paid administrative leave -- standard practice following an officer-involved shooting. The names of the involved deputies are not being released at this time.

The identity of the deceased male subject is not being released at this time.

Two chaplains from Public Safety Chaplaincy responded to the scene to offer assistance to the wife and her son.