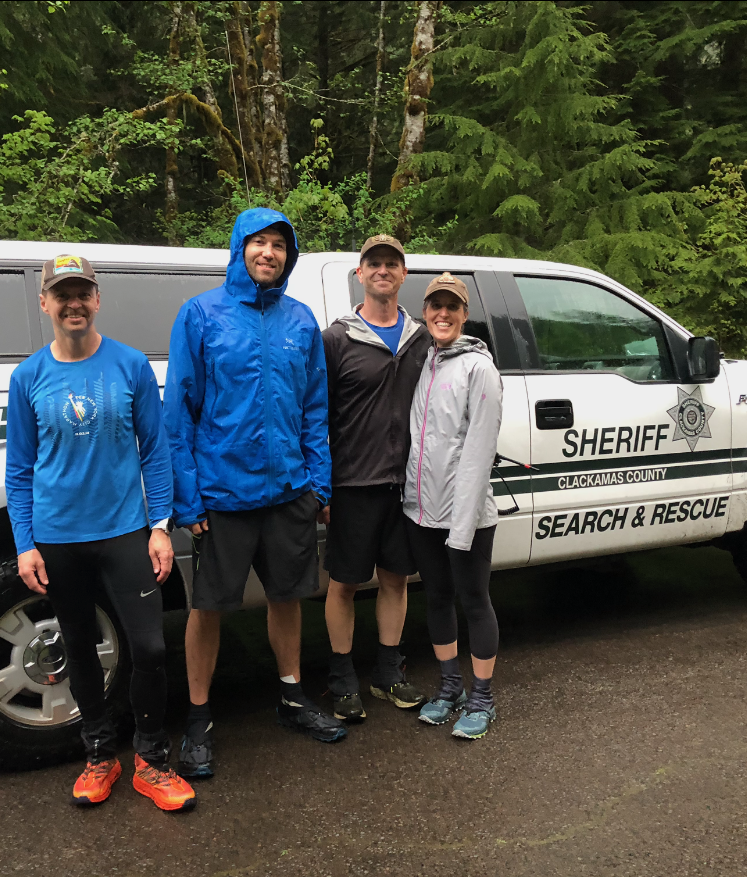 Clackamas County Search & Rescue's new "Trail Running Team" went to work over the weekend -- during a SAR operation involving two runners who got separated on the Salmon River Trail.

The call came in just after 3 p.m. on Saturday, May 16. Two runners, a man and a woman, had gone for a run on the U.S. Forest Service land on the Salmon River Trail. They decided to split up, and selected a meetup location on the trail.

Later, the man went where he believed the meeting location to be and waited. The woman did not show up. He went back to the Salmon River trailhead and called 911, believing her to be lost.

Trail runners quickly located her about 1.5 miles down the trail, just after 8 p.m.

It turned out she'd headed to where she believed the meeting location to be, and had waited three hours for him to show up, before setting off toward the Salmon River trailhead to call 911 herself to find the man, whom she believed to be lost.

USFS Law Enforcement issued citations to the two runners for being in a closed wilderness area.

Photos are attached. Pictured standing by the Search & Rescue truck are members of the Trail Running Team deployed on May 16 (l-r): Steve Schieberl, Peter Frick-Wright, Robert Aberle, and Jamien Leckey.

ABOUT THE TRAIL RUNNING TEAM: The Clackamas County Search & Rescue Trail Running Team was conceived during a recent SAR strategic planning retreat. During discussions about the need for a rapid-response team, it emerged that Robert Aberle of American Medical Response’s Reach and Treat Team and nurse and former SAR volunteer Jamien Leckey had drawn up plans for a “Trail Running Rescue Team.”

The team comprises skilled off-road ultramarathoners who can deploy on roads and trails during search and rescue missions, carry packs of first-aid gear, conduct assessments in the field and develop extraction plans.

“This is an idea we’ve been excited about for a while,” said Aberle. “We can initiate a rapid response to render first aid, increasing patient survivability and improving patient outcome.”