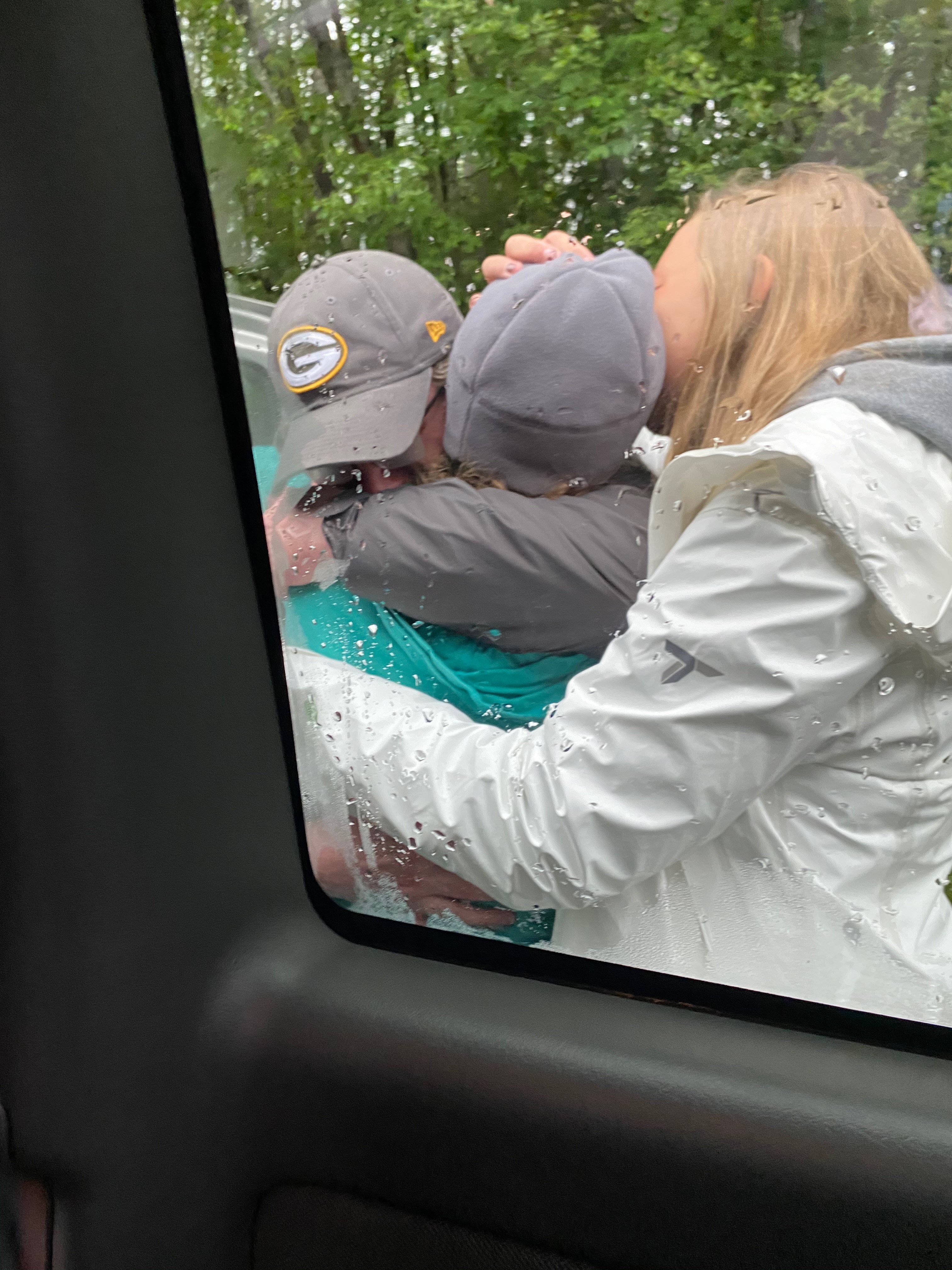 Over the weekend, the Clackamas County Sheriff's Office led an overnight search-and-rescue mission that successfully located an overdue mountain biker in the Memaloose area east of Estacada.

Around 8 p.m. on Saturday, May 30, 2020, Sheriff's Office Search & Rescue Coordinators were notified of an overdue mountain biker: Rachel Dawn Eggers, 43, of Milwaukie.

Eggers had set off in the morning on a long mountain-bike trip. She went alone, but had provided her planned route to family members, along with an estimated time of return. She had also checked in with the family at 3 p.m. by text message.

After a few hours had passed without any contact with Eggers, the family called 911 and SAR Coordinators were notified.

Eggers was believed to be in the Memaloose area east of Estacada. SAR Coordinators initially called on Pacific Northwest Search & Rescue and Mountain Wave for assistance. They searched through the night and the inclement weather.

Search crews were dealing with the severe weekend weather, including thunderstorms, as well as the hazards it had caused, such as fallen trees.

Eggers was located about 6:30 a.m. Sunday between Memaloose and Fish Creek by the Clackamas County SAR Trail Running Team. The Trail Running Team comprises skilled off-road ultramarathoners who can deploy on roads and trails during search and rescue missions, carry packs of first-aid gear, conduct assessments in the field and develop extraction plans. They were able to assess Eggers and determined she would be about to safely walk out under her own power. Rescuers learned she had planned a trip that was a loop, returning on the "old Fish Creek Road"; unfortunately, that road is decommissioned and was impassable, leaving her stuck there. She abandoned her bike and had to hike out.

Photos from the mission (including two courtesy PNWSAR) can be found here.