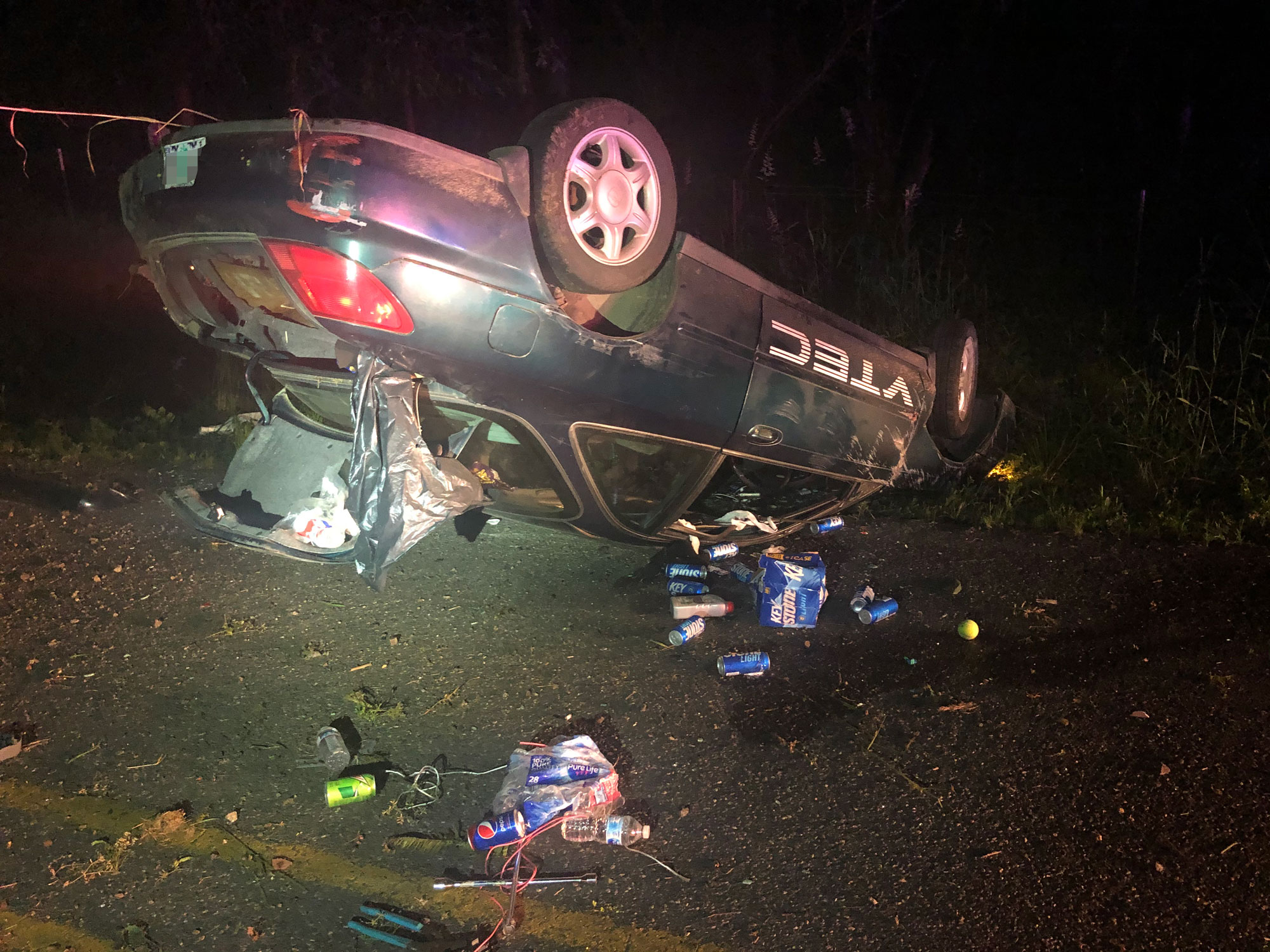 A young adult male and two unidentified juveniles were attempting to steal beer when their plans went significantly sideways.

The two juvenile suspects ran out of the Eagle Creek Jackpot carrying cases of Keystone and Coors beer. They then jumped into a waiting suspect vehicle, a 1997 Acura CL driven by Caleb Scott Mitchell, 18, of Wilsonville.

A gas attendant attempted to stop the teens from leaving. Mitchell reportedly accelerated the getaway vehicle toward the attendant.

A customer in the parking lot saw this and believed the suspect driver was attempting to hit the attendant with the Acura.  Thinking fast, the customer pulled his Honda Civic in front of the suspects.

The Acura collided with the passenger side of the Honda Civic, then fled east on Hwy. 224 and then on SE Currin Road.

The customer in the Honda Civic followed them.

The Honda's driver -- now a hit-and-run victim -- continued to follow the Acura in his Honda ... only to find the suspect vehicle had flipped over in the middle of Currin Road near Eagle Creek Road.

The suspects were seen getting out of the upside-down vehicle and fleeing the scene on foot. Before fleeing, one of the juvenile suspects reportedly approached the Honda and threatened to punch a female victim in the passenger seat before running away.

As seen in the above-lined dash-cam video, deputies arrived on scene and investigated.

The female passenger had an injured elbow from the hit and run, but declined medical attention. They estimated about $2,500 damage to the Honda.

A short time later, the suspect driver -- 18-year-old Caleb Mitchell -- returned to the crash scene, driven by his mother.

Mitchell was detained without further incident.

Mitchell admitted to being the driver, but declined to identify his two juvenile accomplices.

Mitchell was booked at the Clackamas County Jail on charges of Robbery II and Hit and Run with an Injury. His booking photo is attached.

Photos from the crash scene are attached.

TIPS SOUGHT: The Sheriff’s Office is seeking the two juvenile suspects in this case, who ran out of the Eagle Creek Jackpot carrying the purloined beers. Anyone with information is urged to contact the Sheriff’s Office Tip Line — by phone at 503-723-4949 or by using the online email form at https://www.clackamas.us/sheriff/tip . Please reference CCSO Case # 20-013258.