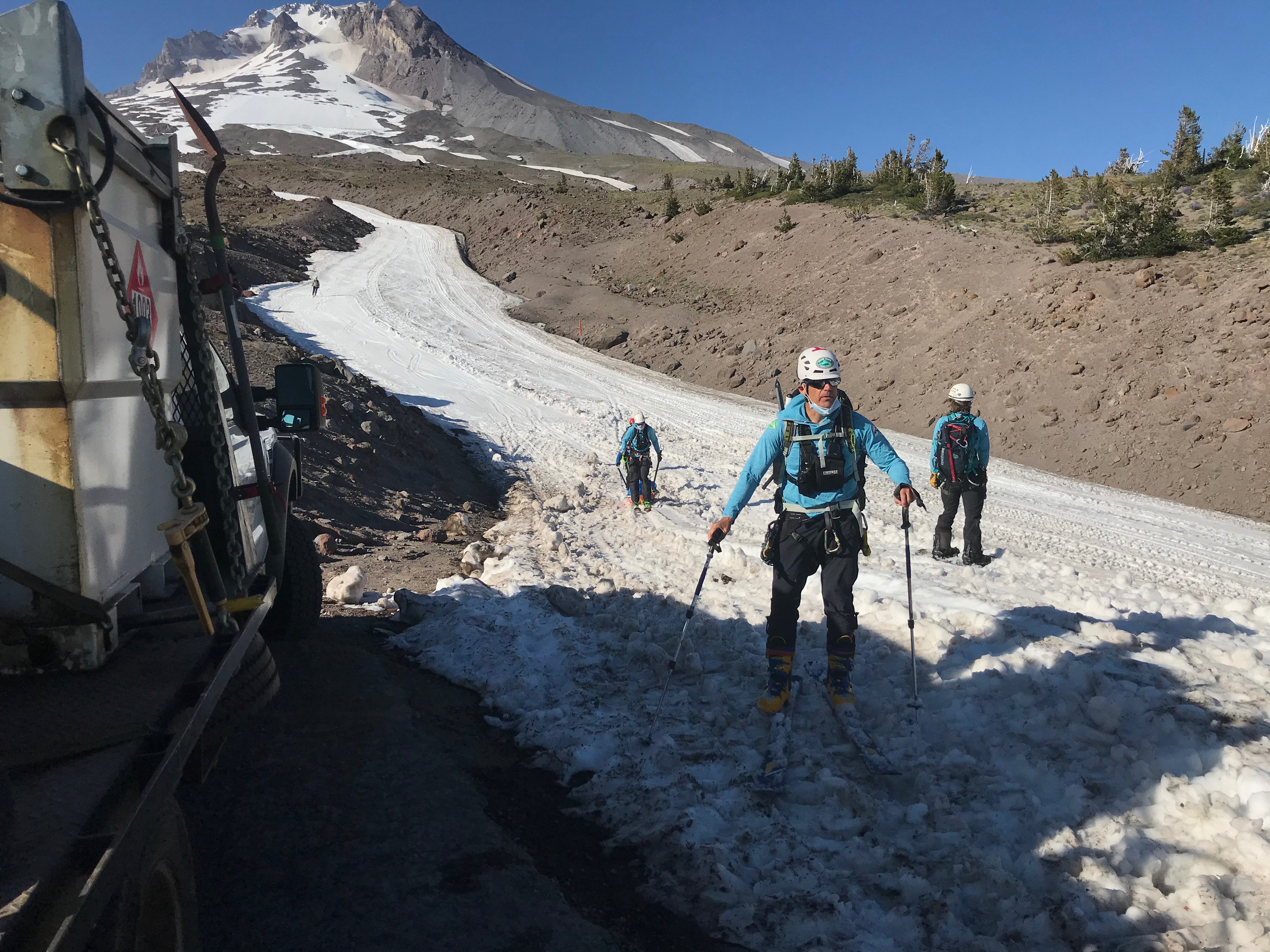 Initial reports were that two climbers had fallen approximately 1,000 feet and suffered injuries. Other climbers on the mountain had made their way to where the patients were located, and were rendering aid. The location of the two climbers was determined to be west of Hogsback, behind Crater Rock, at approximately 10,000 feet.

Based on this initial information, SAR Coordinators feared there might be significant injuries. They later learned one climber had moderate injuries and the second had only suffered minor injuries. The two climbers were tethered, and authorities believe they in fact slid about 700 feet down the mountain.

The climber with moderate injuries was identified as Michelle Malik, 33, of Forest Grove. She had been climbing with her husband Travis Malik, 30, of Forest Grove, who suffered minor injuries.

The first team of rescuers reached the Maliks and the climbers helping them just after 1 p.m. on Sunday. A helicopter from the Oregon Army National Guard had been requested, but it was canceled when rescuers determined the moderately injured climber was not critically injured.

Rescue teams stabilized Michelle and began their decent to Timberline Lodge. Rescuers arrived at Timberline Lodge around 6 p.m. on Sunday, where they were met by AMR paramedics. Michelle was transported her to an area hospital for treatment of non-life threatening injuries.

Travis Malik was able to provide assistance to Michelle alongside rescuers, and came down the mountain under his own power.

Michelle and Travis Malik do not want to talk to the media, and request privacy at this time.

SAR Coordinators and rescuers stressed that Mt. Hood is unpredictable this time of year due to snow melt, ice fall and rock fall dangers. We are outside of the normal climbing season, and climbing Mt. Hood is not advised at this time.

According to PMR, the climbers were roped together but were not setting anchors to hold a fall. They were wearing microspikes instead of technical crampons for grip on the ice. One of the climbers lost her footing and fell, and the roped-together climbers fell 700 feet down the crater wall, landing close to the Hot Rocks fumarole at the bottom. Miraculously, the resulting injuries were not life-threatening.

Photos from the rescue operation are attached.