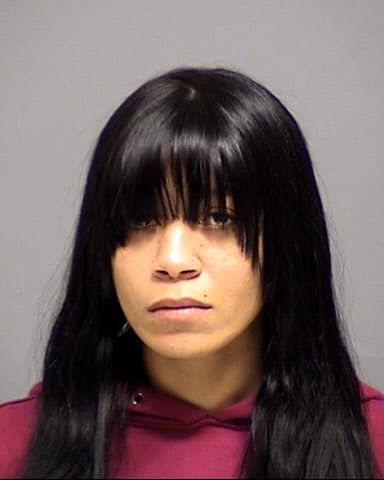 Just before midnight on Wednesday, November 11, Alysha Esser turned herself in at the Clackamas County Jail. She was booked on a felony warrant for Tampering with a Witness. Esser's booking photo is above.

After being released from Clackamas County Jail after posting bail, fatal hit-and-run suspect Kevin Charles Derrick and his girlfriend Alysha Raeann Esser allegedly confronted, physically assaulted and injured a witness in the case.

It is believed this assault was intended to deter the witness from testifying against Derrick.

Since that assault, Kevin Derrick has once again been located and arrested -- this time on a charge of Tampering with a Witness -- and once again booked at the Clackamas County Jail. His total bail is now $1 million, and his new booking photo is attached. His complete booking info is here: https://web3.clackamas.us/roster/#inmates .

Investigators are still trying to locate Alysha Esser, 28, of Gresham, a suspect in the witness-tampering assault.

Photos of Esser and her vehicle are attached. There is currently a felony warrant for Esser's arrest on a charge of Tampering with a Witness out of Clackamas County Circuit Court.

Earlier releases in this case are below. 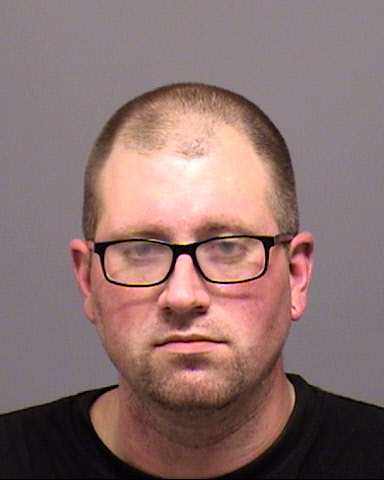 Detectives assigned to the fatal Sept. 19 hit and run followed up on information regarding a possible suspect: Kevin Charles Derrick, 30, of Milwaukie.

Task-force members contacted Derrick in the Rodeway Inn parking lot and took him into custody.

Derrick was transported to the Clackamas County Jail and booked on charges including Failing to Perform the Duties of a Driver (Hit and Run) and Criminal Negligent Homicide. A booking photo is attached.

The Escalade was seized as evidence and towed to the Sheriff's Office Property Room for evidence processing by Crime Scene Investigators.

This case has been submitted to the Clackamas County District Attorney's Office. The investigation is ongoing; anyone with information on Kevin Derrick's whereabouts and activities on or around Saturday, Sept. 19 is urged to contact the Sheriff’s Office Tip Line — by phone at 503-723-4949 or by using the online email form at https://www.clackamas.us/sheriff/tip. Please reference CCSO Case #20-020162.

The Clackamas County Sheriff's Office is asking for the public's help to ID the driver of a white SUV involved in a fatal Sept. 19 hit and run. Photos of the suspect SUV are linked above.

At approximately 7:34 p.m. on Saturday, Sept. 19, Sheriff's Office deputies responded to a report of a pedestrian hit by a vehicle. The vehicle did not stop to check on the pedestrian, and was last seen driving westbound on SE King Road.

The suspect vehicle was described as a white SUV with damage to its front passenger side.

The first deputy who arrived on scene located the victim: Robert Eugene Keys, 59, of Gladstone. Mr. Keys was not breathing and did not have a pulse. The deputy immediately began CPR until personnel from Clackamas Fire District #1arrived to take over care.

Despite medical efforts, the victim did not survive.

Criminal Reconstruction and Forensic Technicians (CRAFT) responded to assist with the investigation.

The suspect vehicle is believed to be a 2000-06 white SUV with Oregon "Trail Blazer" plates. Investigators believe the vehicle might be a Chevrolet Tahoe, GMC Yukon, or Cadillac Escalade. It is believed to have damage to its front passenger side.

Photos of the suspect vehicle are attached.

Authorities are asking for the public's help to ID the driver of the white SUV. Anyone with information is urged to contact the Sheriff’s Office Tip Line — by phone at 503-723-4949 or by using the online email form at https://www.clackamas.us/sheriff/tip. Please reference CCSO Case #20-020162.