The driver of the red Acura that crossed into the oncoming lane -- causing the fatal Sept 6 crash -- can now be identified as Christian James Mei, 16, of Lake Oswego.

Mei's passenger, who died in the crash, can now be identified as Nicholas Colsell King, 16, of Lake Oswego.

Once the investigation is complete, it is expected that a charge of Manslaughter I will be forwarded to the Clackamas County District Attorney’s Office for consideration of prosecution.

Our original Sept. 7 release on the crash is below. 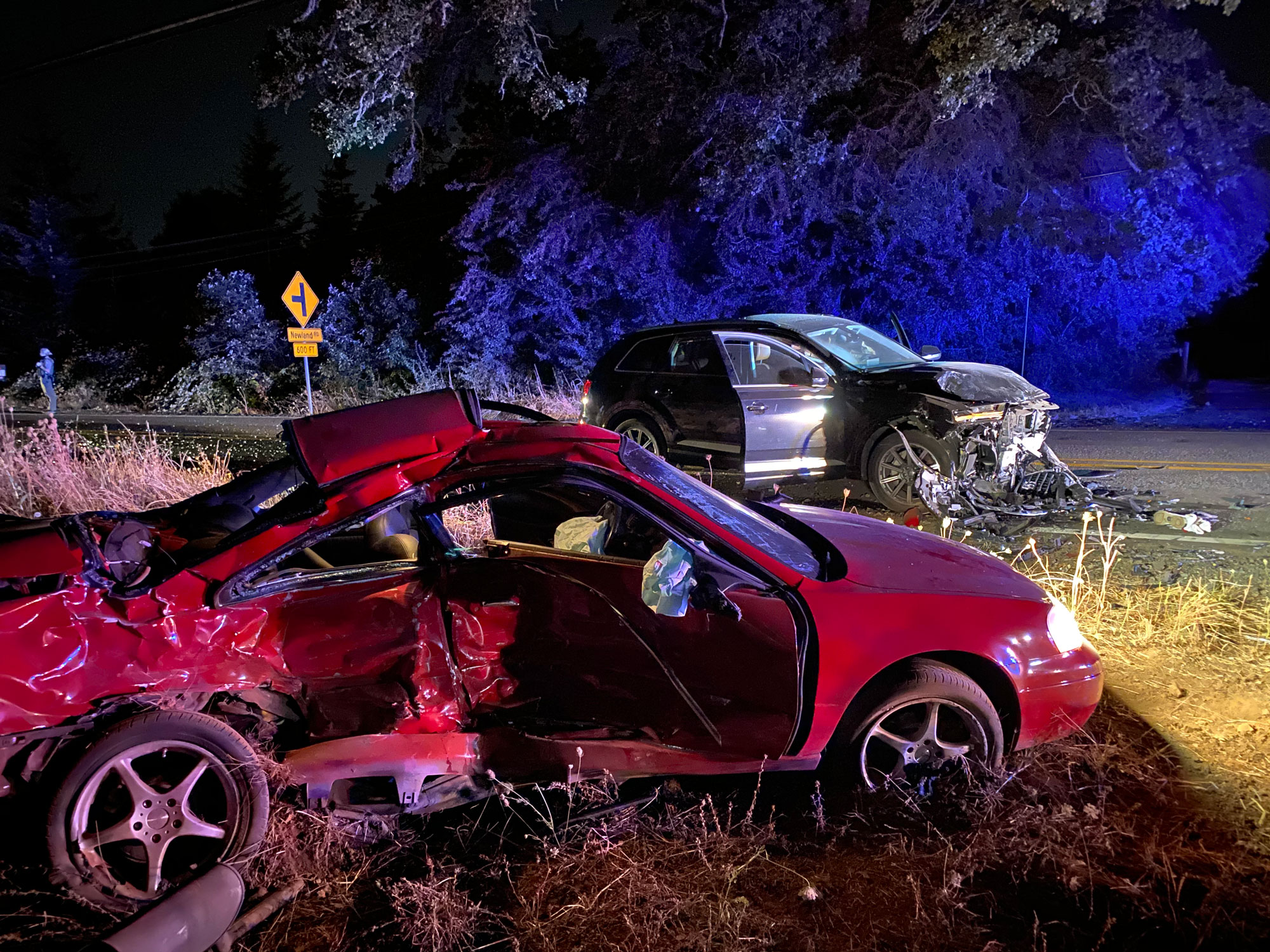 First responders arrived at the crash scene and found two vehicles with extensive damage, as well as several injured persons.

It was clear that one passenger, a 16-year-old male, was the worst off. A deputy helped extricate the teen from the vehicle and began CPR. The 16-year-old was pronounced deceased a short time later, and Life Flight was canceled.

Deputies then launched a crash investigation. The Clackamas County Traffic Fatality Team, Criminal Reconstruction and Forensic Technicians (CRAFT) (including officers from Milwaukie and Oregon City Police) and a Clackamas County deputy medical examiner responded the crash scene, and the Clackamas County District Attorney's Office and Sheriff's Office detectives were notified. A TVF&R chaplain also responded to the scene to support those involved.

Preliminary findings are that a red 2001 two-door Acura was heading south on SW Stafford Road when it left the roadway to the right and the driver over-corrected. The red Acura then came back into the southbound lane and crossed over the center line into the oncoming lane -- directly into the path of a 2019 Audi SUV.

The impact occurred on the passenger side of the Acura and the front end of the Audi. Photos from the crash scene are attached.

The deceased was a passenger in the Acura that had crossed into the oncoming lane.

The driver of the Acura was determined to be the "at-fault" driver. He is a 16-year-old male, and was transported to an area hospital with traumatic injuries. Further investigation revealed the driver may have been in possession of a small amount of drugs. Deputies submitted the drugs to the Oregon State Crime Lab for analysis.

All three occupants of the Audi SUV were transported to the hospital -- two by ambulance, one by a family member.

The calculations to determine the speed of the vehicles have not been completed at this writing. This case is considered active, and the names of those involved will not be released at this time.

SW Stafford Road was cleared and re-opened around 1 a.m.