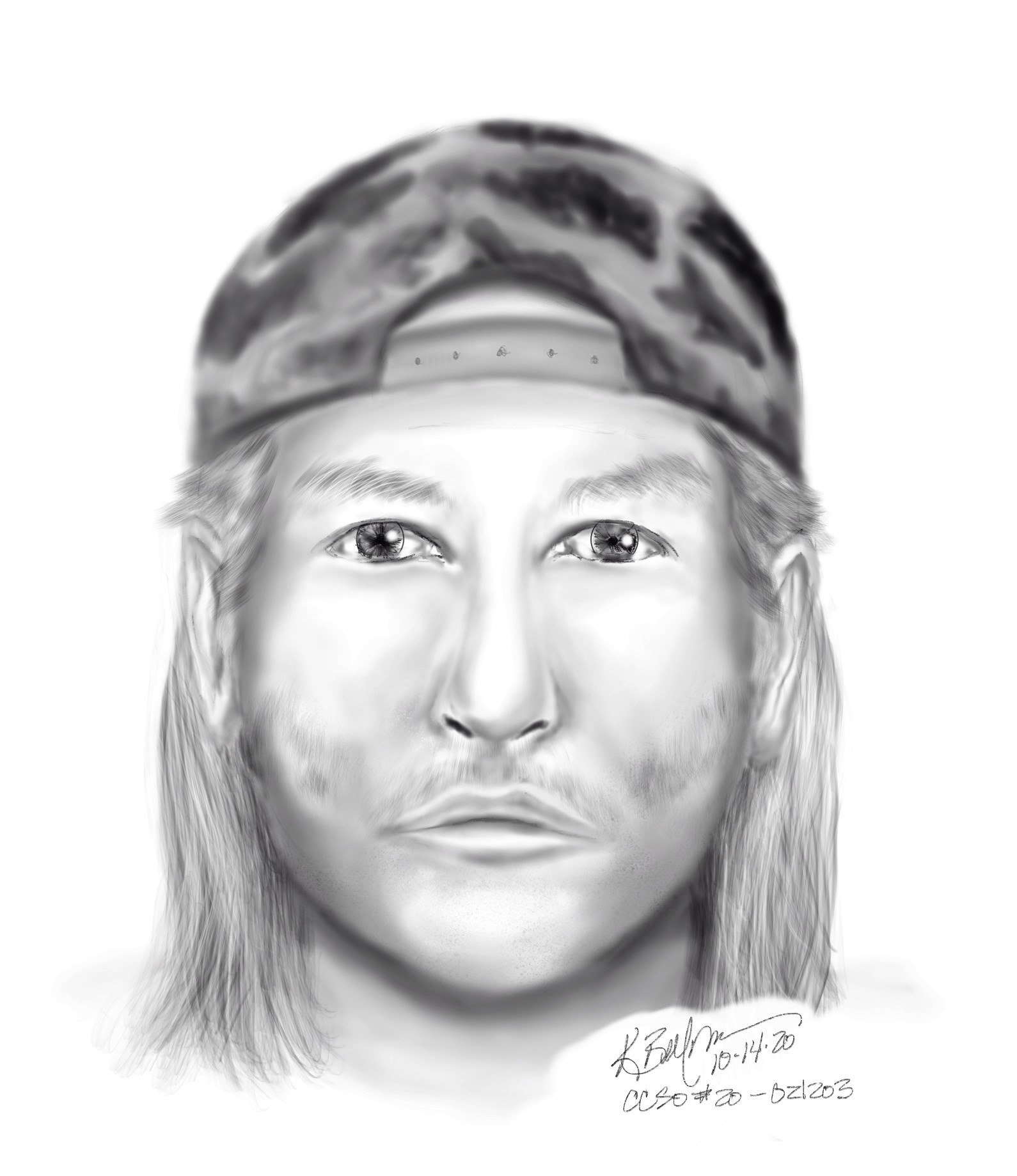 The Happy Valley Police Department is asking for the public’s help to identify a suspect who allegedly punched another driver during a hit and run. A suspect sketch is linked above.

At about 8:30 p.m. on Thursday, Oct. 1, 2020, deputies responded to a report of a “road-rage” incident that occurred near the intersection of SE 129th Ave and SE Mountain Gate Road in Happy Valley.

When deputies arrived, they spoke with the victim, Randolph David, 20, of Happy Valley.

Mr. David reported that he had turned north on SE 122nd Avenue from Sunnyside Road and noticed he was being tailgated by the suspect vehicle -- a white SUV with a black roof rack and a license plate starting with the number 5.

Mr. David stated he was travelling about five mph under the speed limit when the suspect vehicle made intentional contact with the back of his car, and pushed Mr. David’s vehicle forward.

Mr. David pulled over and to the side of the road and stopped.

The male suspect then exited his white SUV, approached Mr. David’s window, and punched Mr. David at least 10 times while Mr. David was still seated in his car.

The suspect returned to white SUV and fled the scene, heading northbound on SE 122nd.

David and a witness in his car were able to provide a description of the suspect:

The witness recently met with a Clackamas County Sheriff’s Office forensic artist. The resulting sketch of the suspect is attached.