Detectives are working on developing a timeline of events available for release, and considering possible suspect motives.

Any release of investigation-related information will not happen prior to early 2013.

As this is an open investigation, detectives are not releasing any information about the statements or perceptions of any individual witness, or commenting on any other piece of evidence, until they have examined the case in its entirety.

The Clackamas County Sheriff's Office is still seeking tips and information regarding this incident.

The public can also submit crime-tip text messages to the Clackamas County Sheriff's Office from a cell phone. All users have to do is send a text message to CRIMES (274637 on your phone keypad) -- with the keyword CCSO as the first word in the message body.

Important reminder: Please do not send emergency messages using the text-messaging system -- in case of an emergency, call 911.

Oregon Deputy State Medical Examiner Chris Young, M.D. has completed autopsies of the deceased in the Dec. 11 Clackamas Town Center shooting, and can now release the following findings on official causes and manners of death:

CINDY ANN YUILLE
Age 54, of northeast Portland
CAUSE: Single gunshot wound to the back
MANNER: Homicide

We can now release the names of the two individuals killed in this attack. They are:

The third victim -- Kristina Shevchenko, a juvenile -- survived the attack and is now being treated for her injuries at OHSU's trauma center. She is listed in serious condition at this writing. 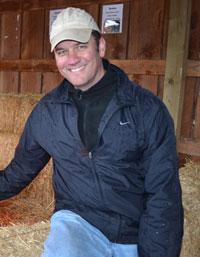 STATEMENT FROM THE FORSYTH FAMILY:

"Steven Mathew Forsyth was a loving husband, father of two children, son, brother, uncle, youth sports coach and friend to the many people who had the privilege to meet him.

"Steve was one of the most passionate people with a true entrepreneurial spirit that drove him to start his business, Coastoms. He had a great sense of humor and a zest for life. He had vision and a belief in others that brought great joy and value to many lives.

"He will be sorely missed by all who knew him.

The family asks that the media respect their desire for privacy as they grieve their loss. They will not be granting any interviews."

A photo of Steven Forsyth is at left.

STATEMENT FROM THE YUILLE FAMILY:

"Cindy was everybody's friend.  She was a wonderful person who was very caring and put others first.

"The family has advised us they want time and space to grieve their loss and will not be giving interviews at this time.

"The family will make a statement at an unspecified later date through the Sheriff's Office."

A photo of Cindy Ann Yuille is at left.

We can now share the name of the suspect in this case: JACOB TYLER ROBERTS, born March 6, 1990. 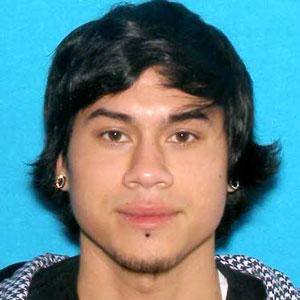 A photo of the suspect is at left.

Based on evidence gathered thus far, it appears the suspect died of a self-inflicted gunshot wound.

After the Sheriff's Office identified Jacob Roberts as the suspect in this case, deputies executed search warrants on his home -- located at 7324 SE 84th Avenue in Portland, Oregon -- and on his vehicle, a 1996 Volkswagen Jetta found in the Clackamas Town Center parking lot. Results of these search warrants are not being revealed at this writing.

At this writing, investigators have not determined a motive -- but it appears that there was no prior relationship between the suspect and his victims.

Once on scene, deputies initiated an "active shooter protocol" -- a technique developed to deal with precisely this type of threat. In this protocol, rather than waiting for a SWAT team to deploy, individual officers are trained to form up in teams as they arrive and move immediately to engage the threat. This involves officers from different agencies being thrown together on short notice. Law-enforcement personnel on-scene executed this protocol to the highest standard.

Personnel were well-prepared for this incident because they had practiced active-shooter techniques at Clackamas Town Center earlier this year.

At this writing, investigators believe the suspect moved through the mall in the following manner:

Prior to beginning his attack, the suspect parked his vehicle in the mall's south lot, near Macy's. He then moved north on foot through Macy's towards the food court. He then opened fire, fatally wounding two victims. Crime Scene Investigators also found indications of additional bullet strikes throughout the food court area.

Next, the suspect is believed to have moved east -- past the Macy's Home Store and into a service stairwell.

Moving down onto the lower floor of the mall, he continued east towards JC Penney's, where he was found dead by responding law-enforcement personnel -- 22 minutes after the first 911 call.

At some point during this attack, the suspect wounded his third victim, Kristina Shevchenko, a juvenile. Shevchenko managed to exit the mall near REI, where law-enforcement personnel contacted her and began rendering medical assistance.

It is the Sheriff's Office's understanding at this writing that Clackamas Town Center will be closed at least through the end of the day today (Wednesday, Dec. 12). Check the mall's website, www.clackamastowncenter.com, for additional details on when the mall will re-open -- as well as mall personnel's plans to return personal items abandoned by shoppers during the incident.

After the mall opens again for business, the Sheriff's Office and mall personnel are planning for extra patrols.

THANKS TO ASSISTING PERSONNEL

The Sheriff's Office would like to thank all of our local, state and federal law enforcement and emergency-services partners for their extraordinary efforts in this case. Several neighboring jurisdictions -- including Oregon City and Woodburn -- made the decision to send all of their on-duty officers to the scene.

Even after it was determined the suspect was deceased, this extraordinary level of cooperation and support continued -- allowing the Sheriff's Office to move ahead rapidly with this investigation.

The Sheriff's Office would also like to acknowledge Clackamas Town Center for their prompt and effective response to this crisis. By having a plan in place and implementing it in a timely manner, they helped protect the lives of their customers and employees.

As of 6:30 p.m. on Tuesday Dec. 11, the Clackamas County Sheriff's Office is able to confirm that the suspect in the active shooter incident at Clackamas Town Center earlier today apparently died as a result of a self-inflicted gunshot wound. The suspect was an adult male.

Two victims are deceased following this incident, and a third victim was transported to a local trauma center. We are in the process of notifying the victims' next of kin.

A thorough search of the mall by members of the Clackamas County Sheriff's Office and other local, state and federal law-enforcement partners was ongoing at the time of this update, and a dwindling number of people remained inside the mall. Detectives on-scene are continuing to take statements from witnesses.

ADDITIONAL WITNESSES SOUGHT: Any witnesses at the scene who have not yet been interviewed are asked to report to the command post, located at the light-rail parking garage in the northeast corner of the mall property. Witnesses who have left the vicinity are asked to call Clackamas County non-emergency dispatch at 503-655-8211. UPDATE w/ NEW NUMBER: Any witnesses should now call our Tip Line (503-723-4949) to make reports.

The mall will remain closed this evening and for as long as the investigation is ongoing at the scene. Mall management will provide updated information for businesses, employees and customers on its website.

Individuals who were forced to abandon personal property at the mall as a result of this incident should be assured that the building is secure. Mall management will establish a procedure to return personal property to its rightful owners. Visit the mall's website for updates.

The next press briefing with regards to this incident will occur at approximately 8 p.m. this evening, at the Brooks Building, located at 9101 SE Sunnybrook Boulevard, Clackamas, Oregon.  Clackamas County Sheriff Craig Roberts will address the media at this time.

As of 5:30 p.m., the Clackamas County Sheriff's Office is able to confirm that the suspect in the active shooter incident at Clackamas Town Center is deceased. At this point in the investigation, it appears that the suspect acted alone inside the mall.

The Clackamas County Sheriff's Office is also able to confirm that two victims are deceased, and a third has been injured and was transported to a local trauma center where they are currently undergoing medical treatment.

Currently, members of the Clackamas County Sheriff's Office and other local, state and federal law enforcement partners are conducting a thorough search of the mall. Witnesses to this incident are being interviewed at a command post established on mall property.

Once they have given their statement, witnesses are being allowed to depart the mall in their own vehicles or via public transportation. Witnesses in need of rides are being transported to the Clackamas County Sheriff's Office headquarters, located at 9101 SE Sunnybrook Blvd. in Clackamas, to be picked up by friends or family.

WITNESSES SOUGHT: Any witnesses at or near the mall who have not been contacted by law enforcement are requested to report to the command post, located at the northeast corner of the mall property near the light rail parking garage. Witnesses who are no longer in the vicinity are requested to contact Clackamas County non-emergency dispatch at 503-655-8211.  UPDATE w/ NEW NUMBER: Any witnesses should now call our Tip Line (503-723-4949) to make reports.

The mall will remain closed this evening. Additional details regarding this ongoing investigation will be released as appropriate. For official information, follow us on Twitter at @ClackCoSheriff. We will also use the Twitter hashtag #ClackamasShooting

The next press briefing will be held at 6:30 p.m. at the media staging area at the north side of the mall on Monterey Street.

Initial reports stated a suspect armed with a firearm was shooting inside the mall.

Deputies responded quickly to the scene. Assisted by local city, state, and federal law enforcement, police entered the mall in search of the suspect. The suspect has been neutralized and there is no active shooting occurring at this time.

The mall will remain closed as law enforcement carefully search the mall, treat any injured persons, and begin the criminal investigation. We can confirm there are multiple injured persons and more than one dead.

Further information and updates can be found on this release and on Twitter at @ClackCoSheriff. We will also use the Twitter hashtag #ClackamasShooting