One climber injured after June 24 fall on Mt. Hood

One climber injured after June 24 fall on Mt. Hood 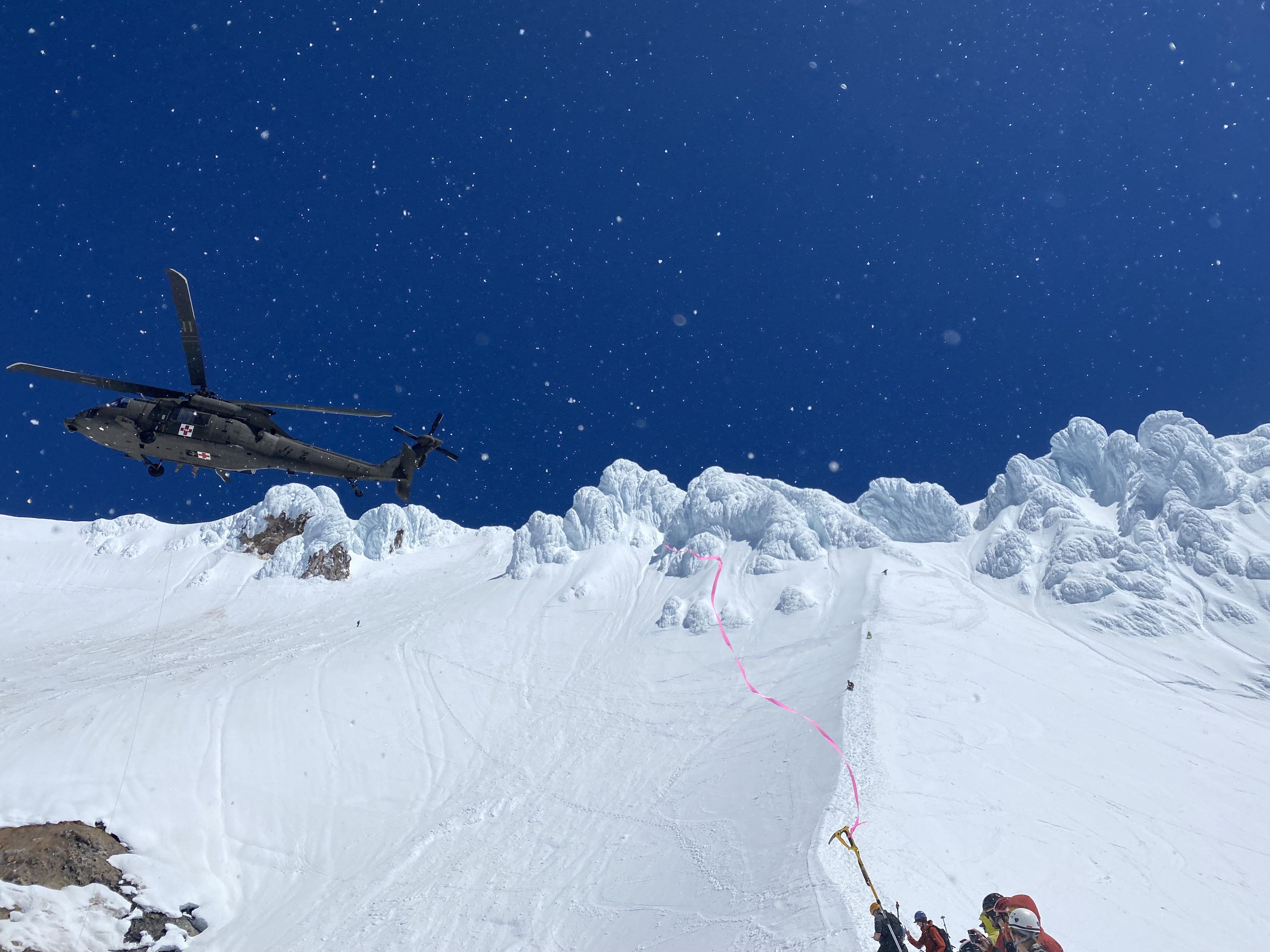 Clackamas County Sheriff's Office deputies led a multi-team search-and-rescue mission on Friday, June 24 after a climber fell several hundred feet near the Old Chute area of Mt. Hood. The climber was transported off the mountain with serious injuries to an area hospital.

Shortly before 6 a.m. on Friday, June 24, 2022, a 31-year-old woman from Portland was climbing Mt. Hood, when she fell several hundred feet and sustained serious injuries. Other climbers on the mountain were able to call 911 and relay critical information to dispatchers. Callers notified responding units that a medical doctor, who was also climbing the mountain at the time of the fall, was now with the patient and attempting to render medical aid.