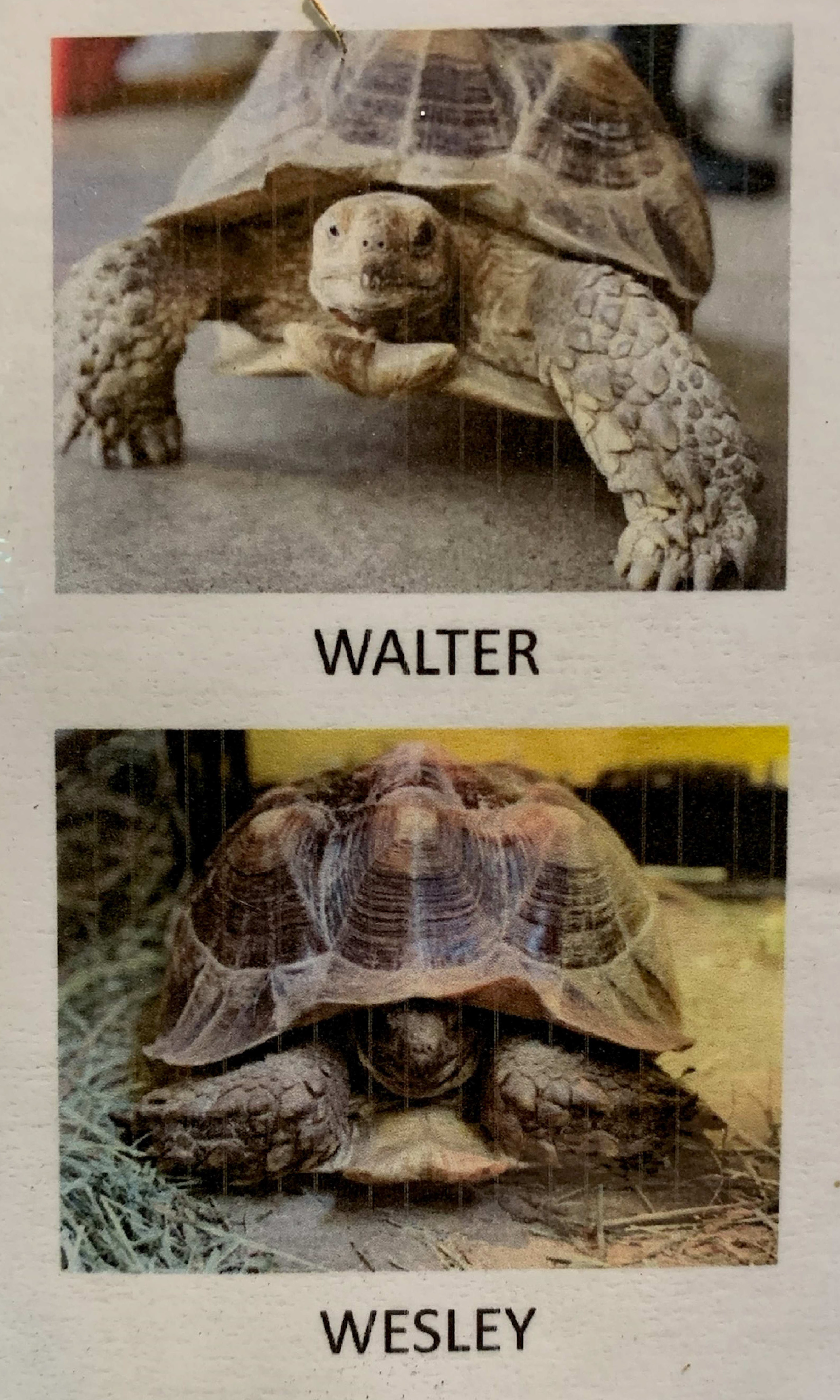 The Wilsonville Police Department is asking for the public's help to find a missing tortoise that crawled out of a pet store on July 9 and was then taken from a nearby intersection by an unknown woman.

Deputies contracted to Wilsonville PD responded to the Critter Cabana pet store around 1:15 p.m. on Friday, July 9. A sales associate told deputies that a 30-year-old, 25-pound sulcata tortoise named Walter had crawled out of the store after a customer had left the door to the store propped open. The sales associate told deputies it was not uncommon for Walter to crawl out of the store -- the tortoise was described as "surprisingly fast and smart."

Several minutes later, a passerby contacted the store to report that he had seen a woman take the tortoise from a nearby intersection.

Deputies contacted the passerby. The passerby told deputies he was driving near SW Holly Street and SW Jessica Street in Wilsonville when he saw the tortoise in the middle of the intersection. The passerby put on his hazard lights to slow surrounding traffic and pulled out his phone to call Critter Cabana, correctly surmising the animal had escaped from the pet store, when a woman walked out from in between two apartment buildings to the east.

The woman -- described as a thin white female, age 40-50, with long blonde hair -- was carrying a blanket, and shouted at the passerby that she was going to take the animal. "My neighbor has a turtle," the woman reportedly told the passerby. "I think this might be my neighbor's.... I'm going to take it to them." The woman then reportedly wrapped Walter in a blanket and left the scene with the tortoise, heading eastbound.

After calling Critter Cabana, the passerby tried to locate the woman, to no avail.

Walter's brother Wesley remains in the care of Critter Cabana. Authorities are asking for the public's help to reunite the tortoise brothers.

Walter is valued at approximately $1,300.

Photos of Walter and his brother Wesley are attached.

TIPS SOUGHT: Anyone with information on Walter's whereabouts is urged to contact the Sheriff’s Office Tip Line -- by phone at 503-723-4949 or by using the online email form at https://www.clackamas.us/sheriff/tip . Please reference CCSO Case # 21-014439.