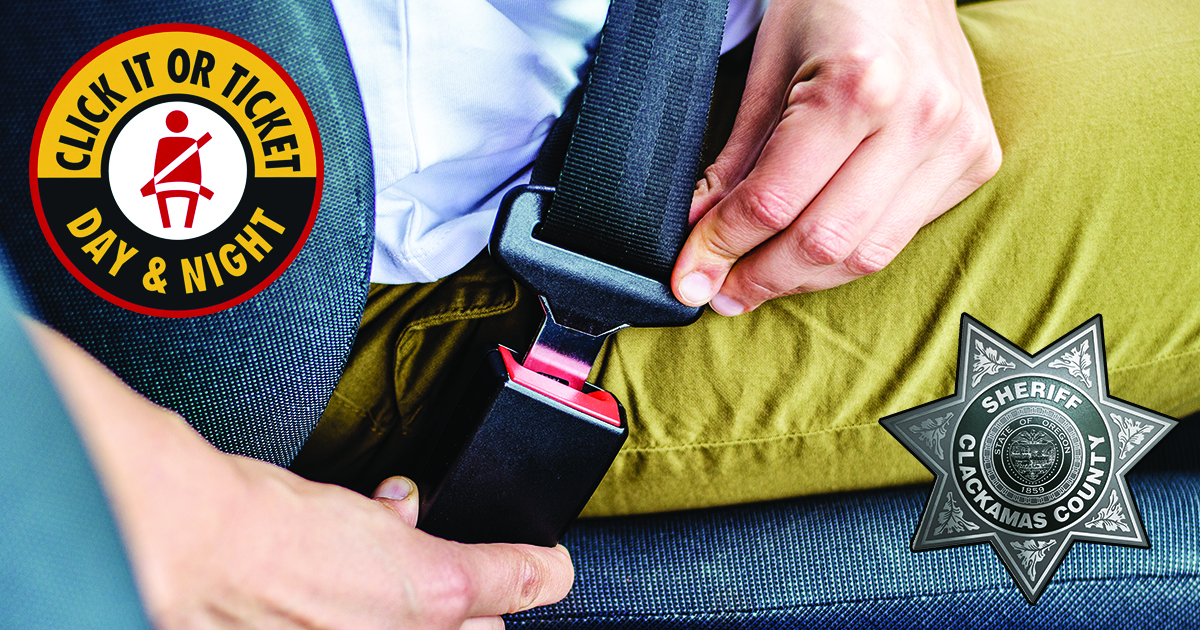 The Clackamas County Sheriff’s Office is participating in the national Click It or Ticket campaign.

Now through Sunday, June 5th, 2022, the Clackamas County Sheriff’s Office will use grant-funded overtime to educate the public about safety belt and child seat laws.

The goal of the Click It or Ticket campaign is to save lives. While seatbelt education and enforcement will be their primary focus, deputies will also be on the lookout for speeding, distracted driving, and other violations impacting traffic safety.

Vehicle type: There seems to be a misconception among those who drive and ride in pickup trucks that their larger vehicles will protect them better than other vehicle types would in a crash. The numbers say otherwise: 62% of pickup truck occupants who were killed in 2020 were not buckled. That’s compared to 47% of passenger car occupants who were not wearing seat belts when they were killed. Regardless of vehicle type, seat belt use is the single most effective way to stay alive in a crash.

For help selecting or installing a car seat: https://www.nhtsa.gov/equi.../car-seats-and-booster-seats...

Funding for the Click It or Ticket campaign is made possible through the use of federal grant dollars made available to law enforcement agencies throughout Oregon.