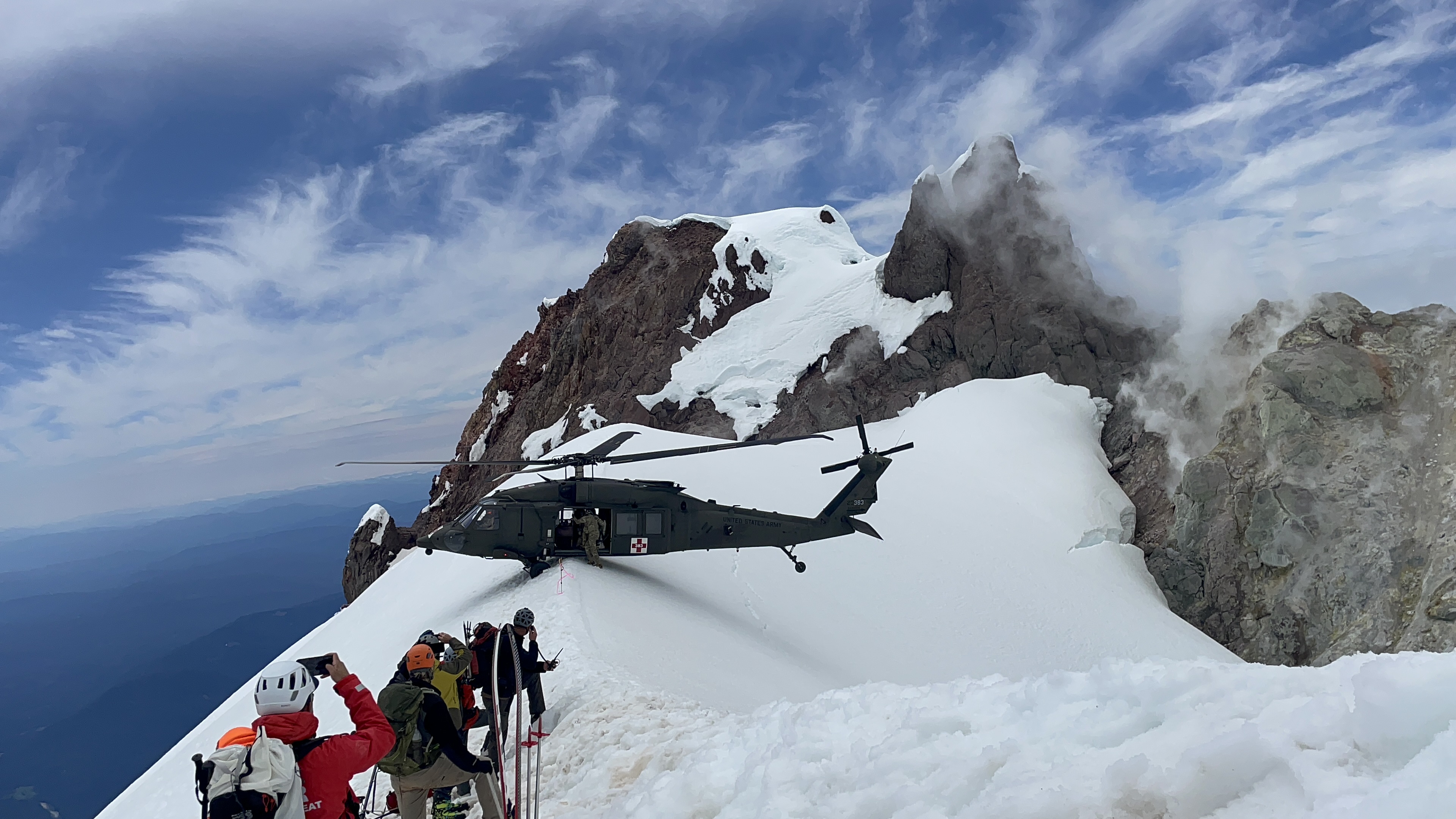 Clackamas County Sheriff's Office deputies launched a search-and-rescue mission after a climber fell several hundred feet near the Old Chute area of Mt. Hood. The climber was transported off the mountain with serious injuries to an area hospital.

At around 6:30 am on Saturday, July 2 a 43-year-old man from Happy Valley was climbing Mt. Hood, when he fell several hundred feet and sustained serious injuries. Witnesses reported the climber lost his ice axe and fell approximately 600-700 feet from the summit ridge to the rocks above the Hot Rocks fumarole.

Just before 10:30 a.m. rescue crews were able to reach the injured climber and took over patient care from a combat comptroller who was on scene when the incident occurred and was administering medical. Around 1 p.m. a helicopter from the Oregon Army National Guard arrived at the location and dropped off 2 medics. A litter was also lowered. The medics packaged the patient in the litter and the litter was hoisted into the helicopter. The injured climber was flown to a Portland-area hospital where he is receiving medical care.

Climbing on Mt. Hood is dangerous during all times of year due to the steep and icy conditions of the mountain and this is the second accident in about a week in the same area of Mt. Hood.

On June 24, a 31-year-old woman from Portland was climbing Mt. Hood, when she fell several hundred from the summit ridge down the Old Chute, resulting in critical injuries and a helicopter evacuation.