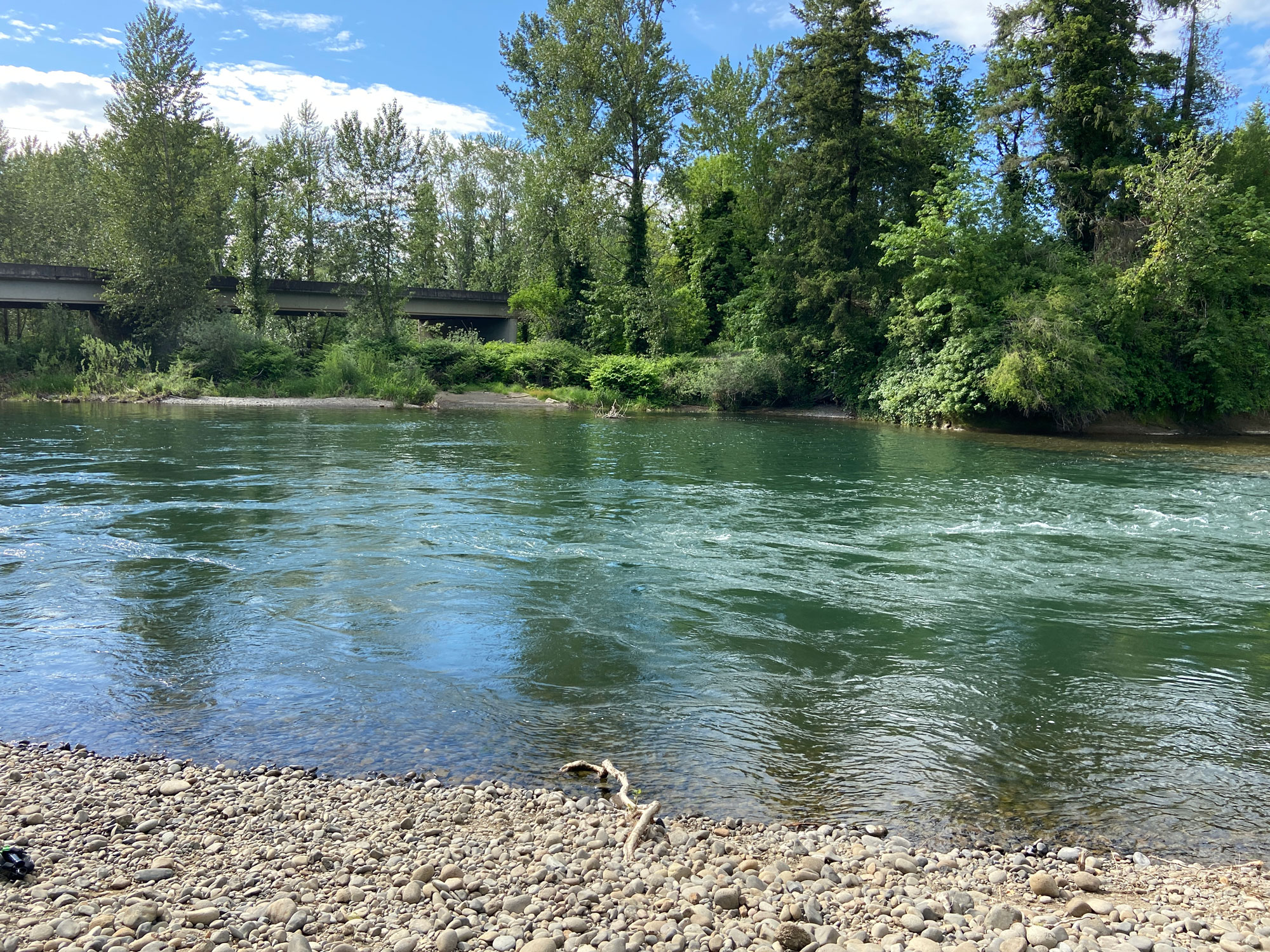 Significant rainfall has the Molalla and other local rivers running higher than average, with swift, strong current and cold water.

The man had reportedly completely submerged. It was initially believed the victim might be submerged in a 20- to 25-foot-deep section of the Molalla just upriver of the Hwy. 213 bridge; however, another 911 caller reported seeing a body floating in the river, visible from the Arrowhead Golf Course, west of Wagon Wheel Park.

A Tualatin Valley Fire & Rescue boat crew located and retrieved the victim; unfortunately, lifesaving efforts were unsuccessful, and the victim was declared deceased at the scene.

Family notifications are complete, and the deceased can now be identified as Kevin Justin Whisman, 50, of Woodburn.

Subsequent interviews revealed that Mr. Whisman had arrived earlier that afternoon at the park with a friend, and had entered the Molalla to cool off when he was swept out by the fast-moving current. Attempts by other park patrons to reach him in the water were unfortunately unsuccessful.