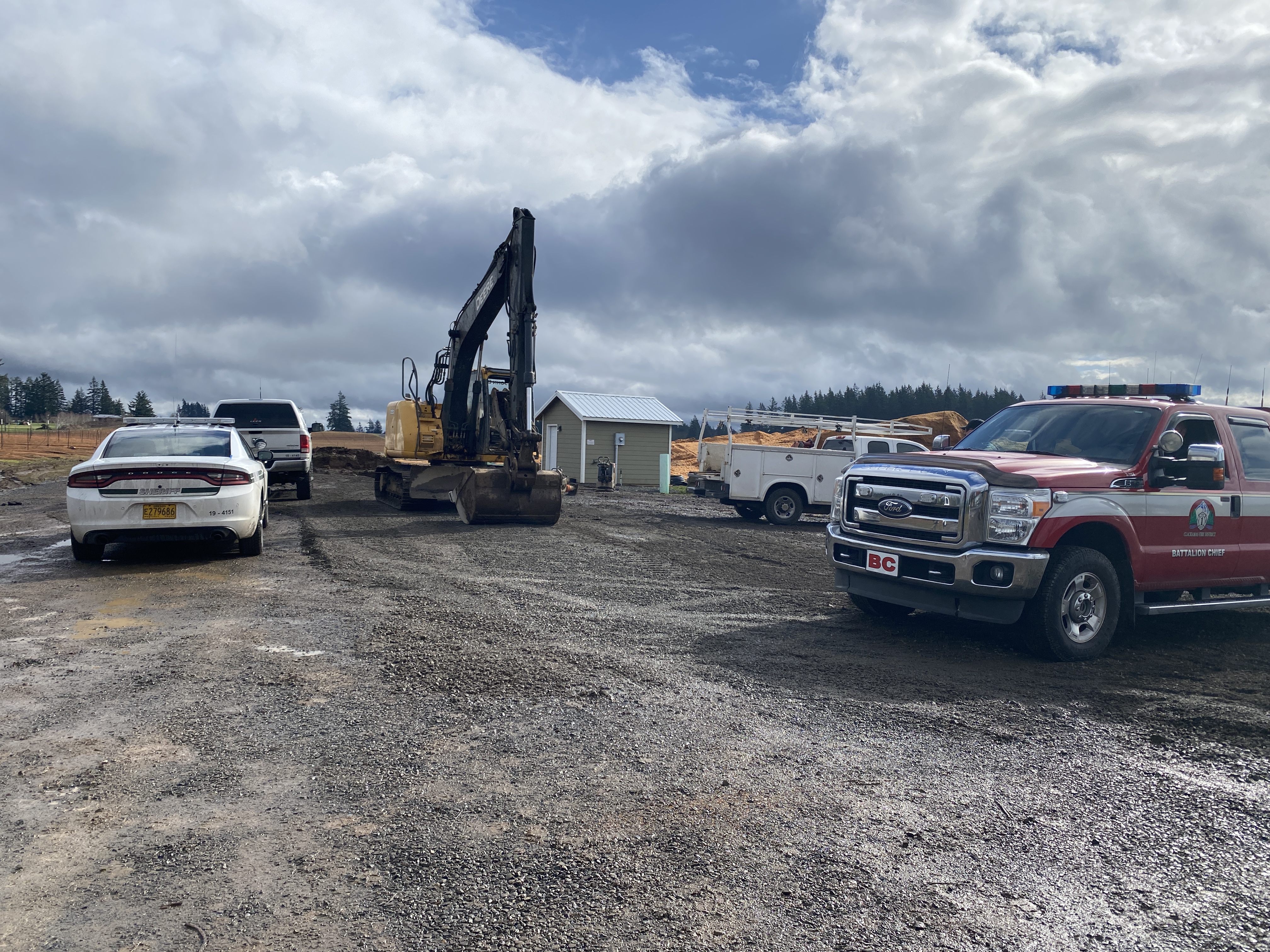 At about 10 a.m. on Thursday, Feb. 25, 2021, Clackamas County Sheriff’s Office deputies responded to a report of a workplace death on Amisigger Road in Boring.

The fatal accident occurred at the site of a blueberry field operated by Townsend Farms. Two Raz Construction Co. employees were on-site, working on a construction project. One worker was backing up an excavator and reported hitting a bump. The operator exited the excavator to investigate, and discovered the other worker had been crushed beneath the excavator treads.

Sheriff's Office deputies and detectives and a Clackamas County Deputy Medical Examiner responded to the location to investigate.

The incident is considered a workplace death, and notifications were made to the Occupational Safety and Health Administration (OSHA).

Family notifications are still underway, and the name of the deceased cannot be revealed at this time. Updates will be posted as the investigation continues.