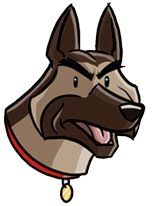 Mik was a Belgian Malanois, born in April 2003. He passed away from a medical complication in 2010. He was raised as a sporting dog in Holland, and was chosen and purchased by the Clackamas County Sheriff's Office in November 2006.

"We can't think of a better way to honor Mik's service than by letting him live on in these comics," said Clackamas County Sheriff Craig Roberts.

From the time he was a puppy, Mik learned about obedience and trained for competition in the KNPV Trials -- the famous Dutch police-dog trials. During those trials, Mik competed against other dogs in obedience, pursuit of suspects, gunfire exercises, and bitework. During the trials, he also swam across streams to engage suspects and found suspects hiding in the woods.

After a couple of years of training, Mik was purchased by Adlerhorst International, and imported to Riverside, CA in the United States to begin his training as a police dog.

Mik was chosen by the Clackamas County Sheriff's Office in November of 2006 and purchased for $9,500. Once at his new home in Oregon City with Deputy Don Boone, Mik attended a 240-hour basic K9 training course in which he learned how to be a police dog. 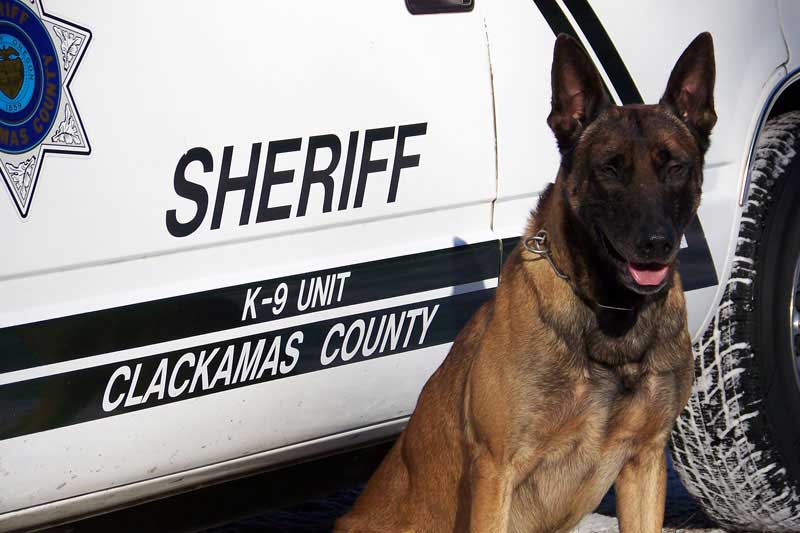 Mik's job at work was to ride in Deputy Boone's patrol car. When a suspect tried to escape or hide from the police, Mik was summoned and used to sniff out the bad guy.

On his days off, Mik liked to lie in the backyard, play with his favorite toy and get pets from Deputy Boone's kids. Mik was very playful and loved attention.

Although he enjoyed his time off, his favorite place was in the back of the patrol car -- rolling around Clackamas County, watching for and barking at bad guys. 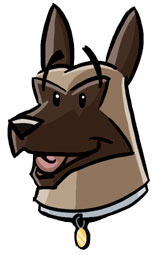 Nero is a three-and-a-half-year-old Shepherd/Malinois mix. He was born in March 2005 and raised in the Czech Republic.

Before Nero made the trip across the world to Clackamas County, he earned a Schutzhund 1 title -- an obedience, tracking, and protection title. The Clackamas County Sheriff's Office purchased Nero from Adlerhorst International in Riverside, CA in November 2006, when the dog was only 18 months old.

Mik and Nero went through the same basic 240-hour K9 training course together in the winter of 2007. After graduation, Nero was assigned to work the swing shift with Deputy Bradley O'Neil. Nero can't wait to go to work each night, and prefers working in the dark.

When Nero is on patrol, he tracks suspects who run from crime scenes and finds articles suspects try to hide while fleeing. 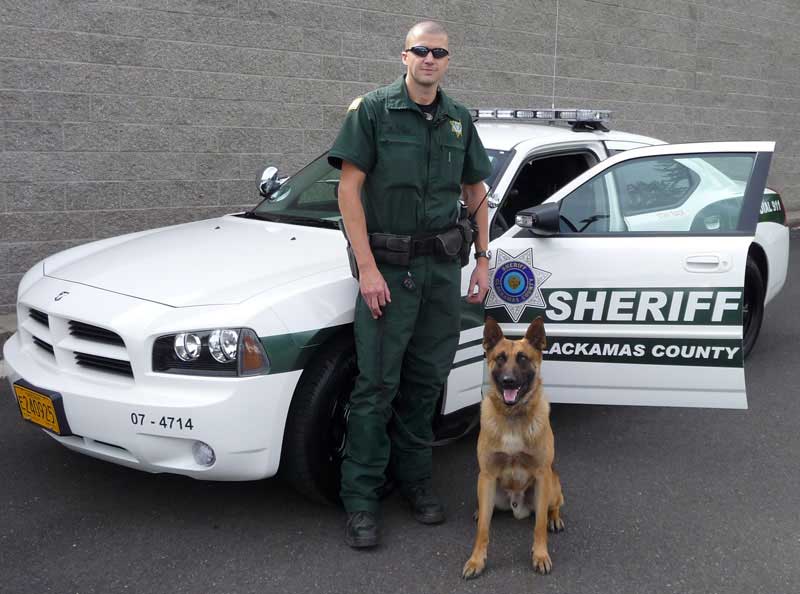 When Nero is relaxing off-duty, he loves to play with a weighted exercise ball in the backyard of his Clackamas home.

Early concept art for Mik, Nero and the human characters in "Methed Up." 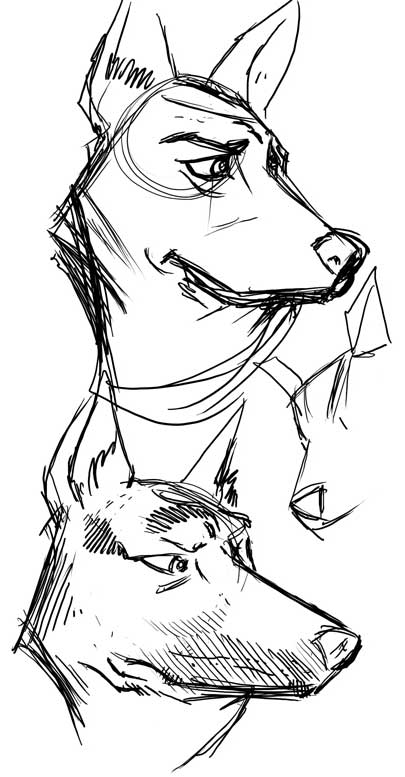 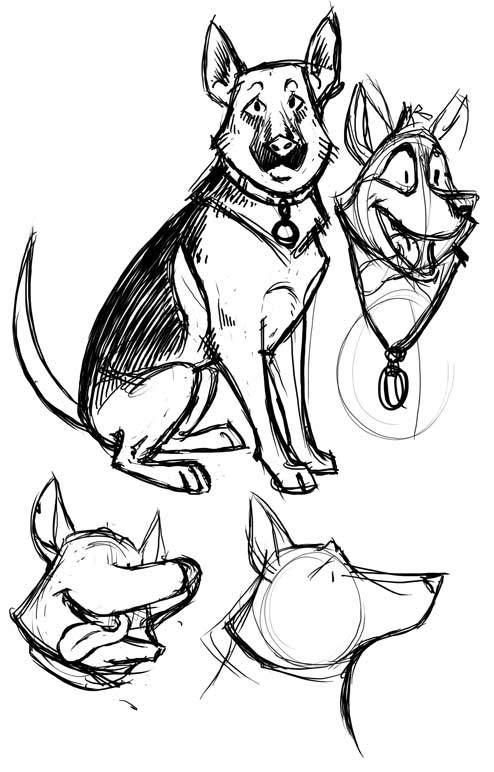 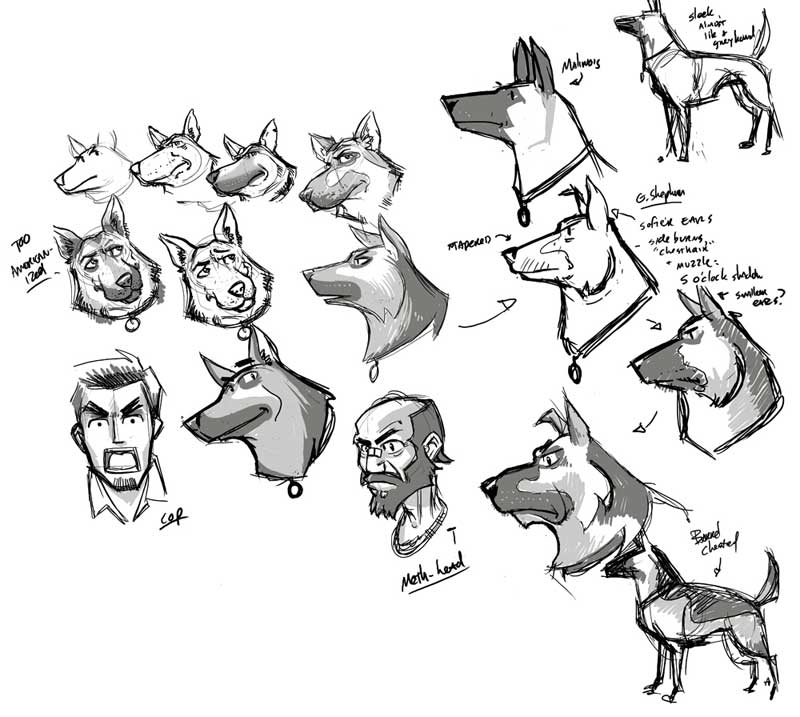