Please see notice on www.clackamas.us/parks
for current information on opening dates of the parks

The county purchased the Madrone Wall site in the early 1900s for use as a quarry. The defining feature of the site is the 120-foot basalt wall that bisects the property. In the past, this wall has been popular with local rock climbers.

Along with the basalt wall, the site derives its name from the many striking Madrone trees in the area. With sweeping views of the nearby Clackamas River, Madrone Wall is a stunning location.

The site is also popular with wildlife. Nesting Peregrine Falcons have been observed in recent years at the site. Through consultation with US Fish and Wildlife and the National Audubon Society, the birds' progress has been carefully studied and monitored.

In recent years, the Clackamas County Board of Commissioners, with input from local citizens, designated the site as a priority for master planning. In April 2015, Parks staff reengaged with the Parks Advisory Board and partners to plan for the possible development of Madrone Wall Park.

In 2015, the Madrone Wall Park plan received a boost by way of a grant from the Clackamas County Tourism Development Council. The $88,590 grant—combined with money gathered by committed public and private partners—allowed park development to move forward, and Madrone Wall Park opened in October 2017. 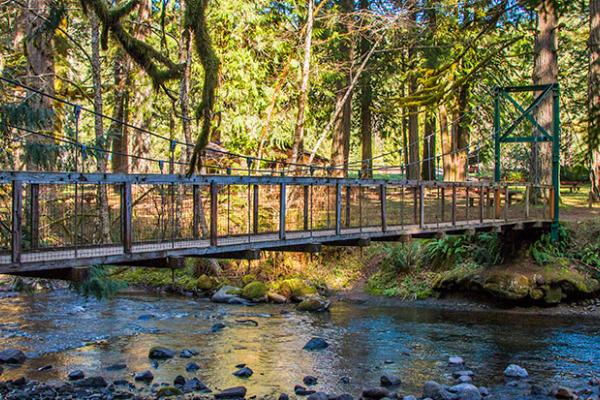