In 1907, the Oregon Legislature authorized the establishment of county law libraries and provided for their funding through an allocated portion of each filing fee.  1907 Oregon Laws Ch. 239

In 1965, all county law libraries were funded by up to 40% of the uniform filing fee.

In 1981, the judicial branch assumed administration of the court system, including all court personnel, from the counties.  Law libraries and courthouses remained under the counties.

In 2011, HB 2710 eliminated the law library portion of filing fees and directed all revenue from the filing fees into the State’s General Fund.  HB 5056 appropriated $7.4 million of General Fund to the Judicial Department for distributions to the counties for law libraries or law library services during the 2011-13 biennium with the appropriation to be based on the prior biennium’s collections of civil filing fees in each county’s circuit court.  The amount was equal to the average biennial amount generated from the law library fee during the     2005-07 and 2007-09 biennia. The State Court Administrator was directed to conduct a       survey and file a report on county law libraries by February of each odd numbered year.

ORS 21.005 Transfers to General Fund.  Except as otherwise provided by law, all amounts collected as fees and charges in the Supreme Court, the Court of Appeals, the Oregon Tax Court and the circuit courts shall be transferred to the State Court Administrator for deposit in the General Fund. [2011 c.595 §1]

ORS 9.820 Law libraries in Multnomah County. In all counties containing more than 400,000 inhabitants, according to the latest federal decennial census, the governing body of the county may contract with any law library association or corporation owning and maintaining a law library in the county at or convenient to the courthouse, for the use of the library by the judges of the circuit and county courts, county commissioners, district attorney and all members of the bar. [Amended by 1963 c.519 §1; 1965 c.619 §3; 2011 c.595 §105]

It was resolved at its regular meeting on December 9, 1927 that the County Court of Clackamas County, Oregon (proposed from and after the passage of the resolution) to establish, maintain and operate a law library as provided for in Chapter 222 General Laws of Oregon 1927 and the County Clerk of said County was hereby authorized and directed to collect the additional fee therefor as provide by law.  Clackamas County Bar Association minutes.

A 1939 Attorney General opinion states that “the county court is the fiscal agency of the county and, as such, it is charged with the duty and vested with the authority of determining the business of the county, including the acquisition and maintenance of county property.”  IH Van Winkle October 10, 1939
On January 1, 1978, administrative responsibility for the Law Library was assigned to the Circuit Court Administrator.  The “consolidation of related functions of County government for more effective administrative control” did not affect the County employee status of Law Library staff.  Clackamas County Order No. 77-2211

In 1981, a judicial order stated the phrase “judicial employees” includes Law Library staff “in order to preserve the doctrine of separation of powers as it applies to the Clackamas County judiciary, under the constitution and statutes, and to provide consistency in the hiring, compensation and overall administration of employees of the judiciary.”  Clackamas Circuit Court Oder, July 23, 1981 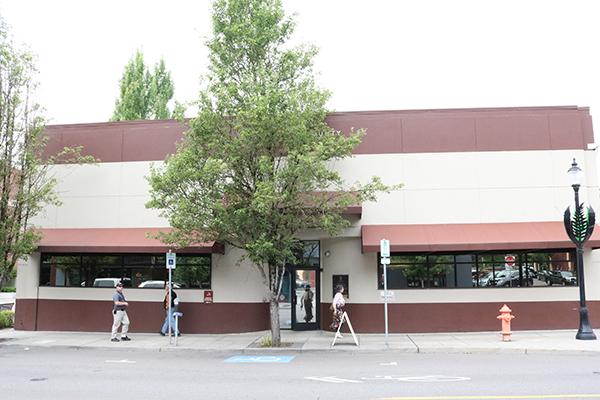 Monday to Thursday
8:30 a.m. to 5 p.m.
(The Law Library may be closed to in-person access for short periods of time during these hours.)