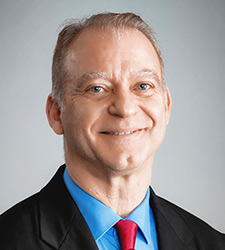 Paul saw first-hand the ability of local government to influence the daily lives of citizens. As a resident of an unincorporated area of Clackamas County, he was concerned with the lack of effective public process for land use applications. That led to his involvement in several local governing boards and committees, where he used his personal experiences to ensure effective public engagement and decision making for all citizens.

Learn about the 2020 Census