Meggie was first hired in May 2020 as a certified law clerk. After she graduated from Lewis & Clark Law School in 2021, she became a member of the Oregon State Bar in October the same year. Meggie tried her hand in the private sector doing civil litigation, but quickly realized that was not where her passion. She was hired back into the public sector by the Multnomah County DA’s office in February 2022. Having always missed the office where she most felt at home, Meggie returned to Clackamas in the Misdemeanor unit.

Born and raised in Portland, she graduated from Franklin High School, where she was first a competitor and then later a coach and judge for the “We the People” constitutional law competition. She then graduated from Portland State with a bachelor’s degree in Political Science in 2018. She knew even back then that criminal law was in her future, minoring in Law & Legal Studies, as well as Criminology & Criminal Justice. She was also the student representative on the Campus Public Safety Committee, where she was first given the opportunity to have an impact on public safety.

Her hobbies include riding ATV/Quads in the coastal dunes and spending time with her 13 nephews and nieces. Welcome home, Meggie. 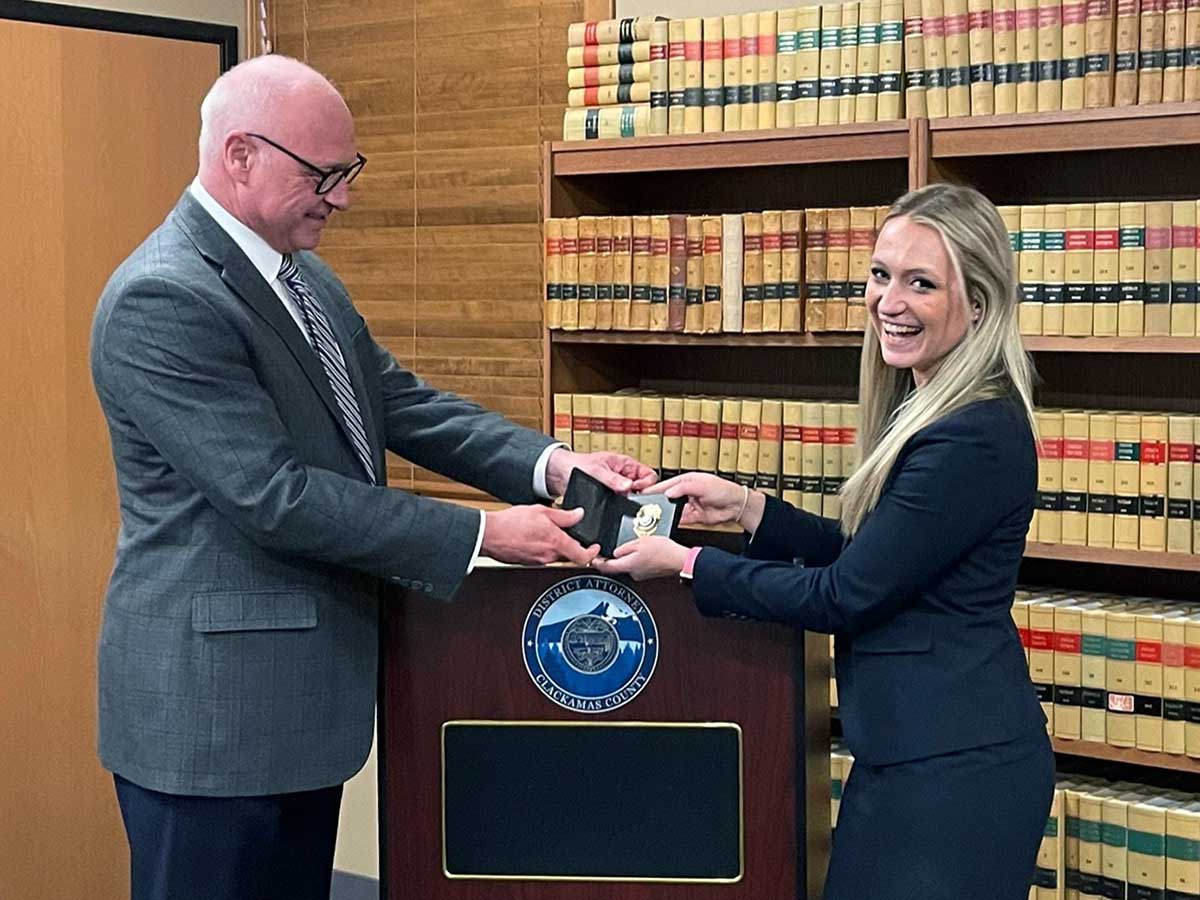