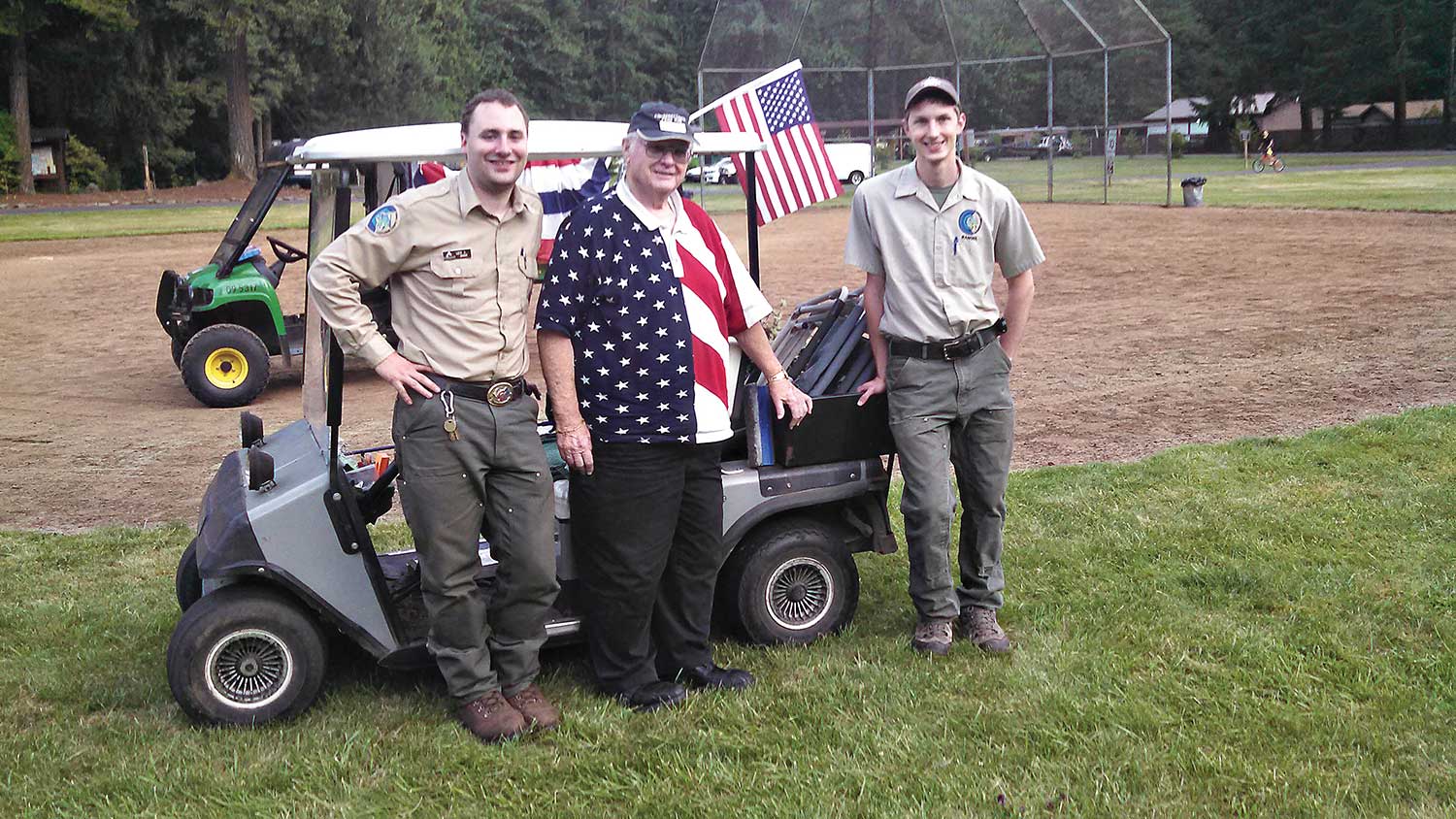 If you’ve ever camped at Metzler Park nestled just outside of Estacada, there’s a good chance you’ve met Leroy Gibson.

A volunteer camp host at the park since 1996, Gibson is a friendly, familiar face to campers. In fact, Gibson’s name comes up repeatedly in surveys taken by park visitors.

“We loved the host,” one commenter said of 82-year-old Gibson. “He helped us get backed into narrow Site 40 (due to a large stump) and provided us with some history, which we appreciated.”

Another commenter wrote, “Every time I visit, I love the park so much! Leroy is the best … .”

“Leroy has been a pleasure to work with,” he said. “He is well loved by all the campers, and people come here just to hang out with him. He is so kind and has become part of our park family.”

Comments like that abound regarding Gibson. But he doesn’t serve as a camp host for the compliments.

“The rewards of the job are the people,” he said. “I try to do everything I can to make sure they have a good experience. We have the opportunity to share a beautiful place.”

A beautiful place is exactly what drew Gibson and his wife, Elizabeth, to Metzler Park originally. But before they ever set foot in the park, the couple started camping in 1956 before they married in 1958. They’d camped throughout Oregon, Washington, and Alaska.

“We fell in love with camping and we camped all of our lives,” said Gibson, who worked as a land surveyor prior to retiring.

The opportunity to serve as camp hosts came in 1996 for the couple. With Metzler Park being just 20 miles away from their home, along with their love for the area, becoming camp hosts was a no-brainer.

“My wife and I thought that was a phenomenal idea,” he said. “We knew hosts from other parks because of all the camping we did, so we thought that would be a lot of fun.” 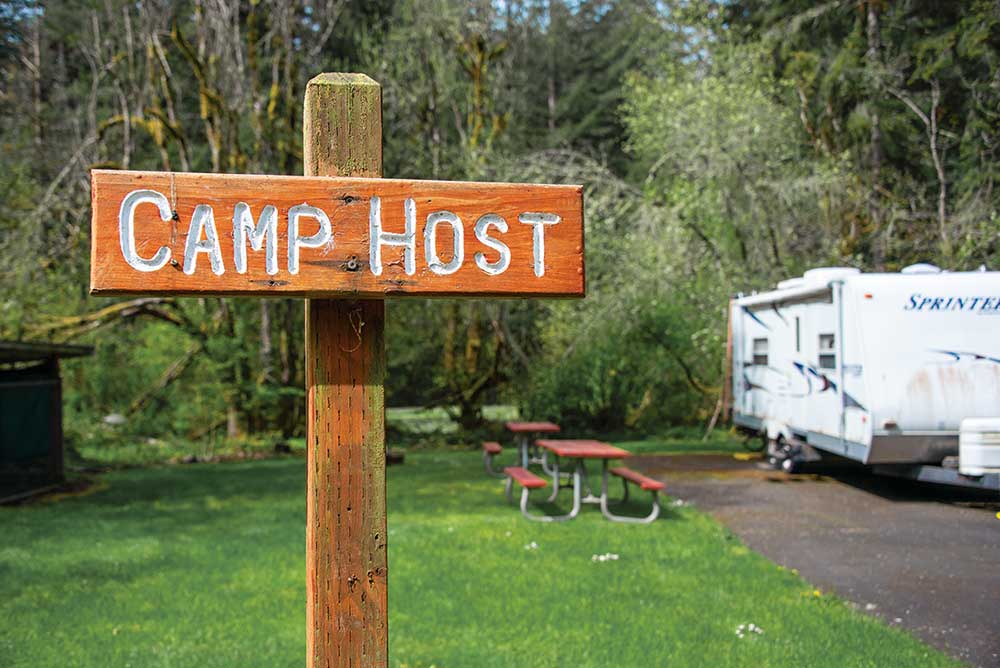 Since Gibson’s ﬁrst day as camp host, he’s provided support for park guests in a variety of ways. Whether that’s checking with guests to see if they need ﬁ re wood, solving any issues with bees or other insects, or a myriad of other issues, he makes sure camp guests feel welcomed.

“I’m a people person,” Gibson said. “I love people ... It’s more fun than work. I can’t explain it. Our campers are wonderful, and the county does a wonderful job with their parks program.”

Gibson rarely has incidents with camp guests. Admittedly, he can be sometimes “tough nosed” with camp guests who don’t abide by the rules, but that’s rare. The ace up his sleeve in those situations was Elizabeth, who passed away in 2009.

“She was a deﬁnitely a moderator,” he said with a laugh.

All these years later, Gibson is still laughing. And greeting campers. And telling stories. And having the time of his life as a camp host at what he calls one of the best parks in the area.

“We’ve got great rangers and great staff and the parks are beautiful. The rangers do all the work and I take all the glory,” Gibson said, chuckling. “It’s the best job I’ve ever had — that includes owning my own business.”