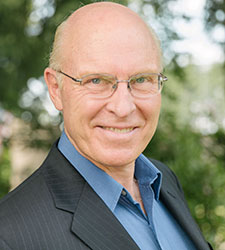 Born in Pensacola Florida in 1952, Mark Shull went to school in San Diego, California through the 8th grade. In 1966 his family moved to Oregon where he graduated high school at Sam Barlow in 1970.

To pay for college Mark worked for Pacifico Manufacturing in Gresham and then for Columbia Helicopters at sites throughout the Pacific Northwest.

In 1977 Mark graduated with a Bachelor of Science degree from Oregon State University.

He was then assigned to Marine Recruit Depot, San Diego where he served as a Battalion and Regimental Adjutant, where he was awarded the Navy Achievement Medal. In 1985 Captain Shull received orders to the Amphibious Warfare School.

From 1986 to 1989 he was assigned to the 1st Marine Expeditionary Brigade, Kaneohe Bay Hawaii. There he served with the 1st Battalion, 12th Marines Artillery, and as the Brigade Adjutant.

In September of that year Mark left military service to come back to Oregon and start a business and raise his growing family.

In 1990 Mark designed and built his home north of Sandy Oregon, doing the vast majority of the construction work himself.

In the fall of 1991 Mark started Shull Design and Development. Throughout the 1990s he designed and constructed custom homes in Oregon and Washington.

In 1998 Mark joined the Oregon Army National Guard. In 2001 he was assigned to the Pentagon where he was promoted to the rank of Major.

In January 2003 Mark received orders to Iraq, Operation Iraqi Freedom. There he was assigned as Force Protection Officer at the largest US military based in Iraq, Ballad Airbase, or as it was later called, Camp Anaconda. There Mark served with distinction, earning the Bronze Medal for extraordinary performance of duty.

During his assignment with the ROC, Mark served in South Korea, Japan and Singapore and on exercises Tiger Balm, Yama Sakura and the Reinforcement of South Korea.

In June 2007 Mark completed Command and General Staff College. He was promoted to the rank of Lieutenant Colonel in August 2007.

Mark has two grown sons, Matthew William Shull and Morgan Andrew Shull. Mark resides in the home he built in 1990.