The Clackamas County courthouse is in dire need of replacement.

Built in 1936 to serve less than 50,000 residents, the current courthouse can no longer handle the demands of a population of nearly 420,000 that continues to grow.

The county intends to build a new courthouse on the county’s Red Soils Campus in Oregon City by 2025 that will meet the projected needs for the next 50 years and comply with features defined by the Oregon Judicial Department.

Population Growth in Clackamas County since the courthouse was built 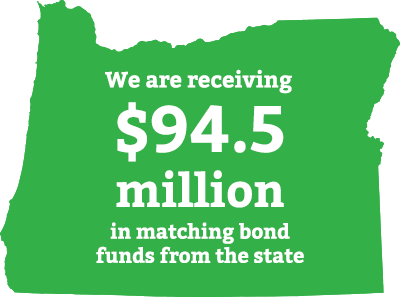 Clackamas County Commissioners approved a plan to pursue a public-private partnership (P3) to build a new county courthouse to replace the old building, which has been determined to be functionally obsolete and seismically unsound. The P3 approach was determined to be the most cost-effective plan based on extensive analysis of alternatives.

In June 2021, the Oregon Legislature authorized Clackamas County’s request for $94.5 million in matching bond funds, which represents the state’s 50% contribution of funds toward the estimated $189 million project.

Clackamas County posted a Request for Qualifications (RFQ) on OregonBuys.gov for companies and representatives of organizations interested in bidding on the County Courthouse Replacement Project. The private partner, to be selected during a competitive procurement process, will finance, design, build and maintain the new courthouse over a 30-year period. The state and the county will not make any payments until the building is completed and ready for occupancy. Upon completion, the state contribution will be applied as a lump sum payment towards the private financing with the remainder repaid by the county over the 30-year term of the project agreement. 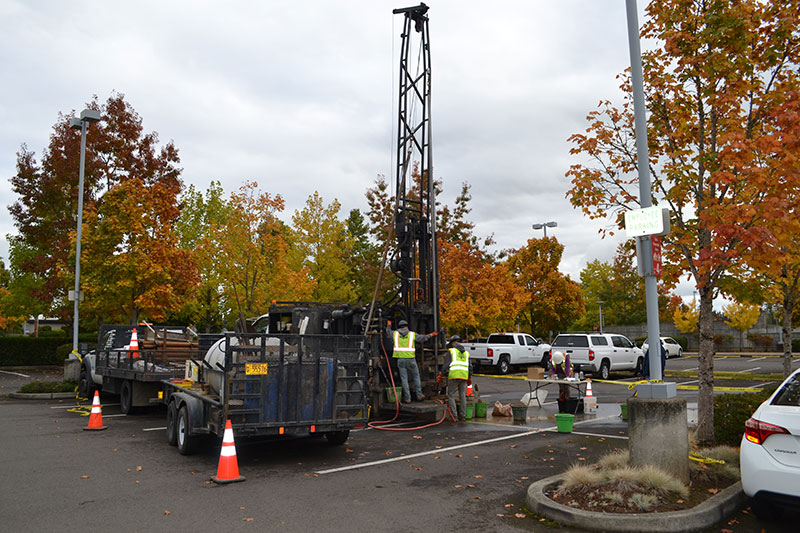 The public-private partnership provides the best value in keeping with the County’s commitment to affordability with the courthouse project.

The new courthouse building will be built without any additional tax increases.

On May 20, County Commissioners authorized use of a competitive proposal process to obtain a  project company for the Clackamas County Courthouse Replacement Project.

The Board’s action allowed county staff to post an RFQ in order to locate and secure a qualified project company for the courthouse project.

With a P3 procurement, the county is always the owner of the building and the state's position is identical to that of a conventional procurement approach.

“We will not be building a Taj Mahal. We will invite the builders to build a new county courthouse that is not only affordable, but will stand the test of time,” said Smith. “We can do this without raising taxes. We must look to the future.”

There will be opportunities for the public to weigh in through the project timeline.

“Building a new courthouse is a major priority. Justice delayed is just denied. The P3 model allows us to accomplish this priority effectively and efficiently within existing resources.”

Before approving the public-private partnership plan, County Commissioners directed staff to explore two alternative approaches: leasing vacant space and renovating it into a new courthouse; or vacating, renovating and expanding the existing Development Services Building on the Red Soils Campus. Neither alternative plan proved to be feasible.

The current courthouse is no longer adequate to meet our needs 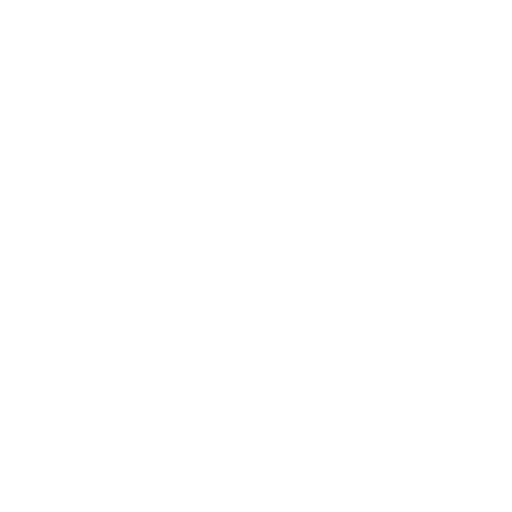 Earthquake Risks
A 2015 seismic evaluation found the existing courthouse has numerous structural deficiencies. Soil tests indicate the ground under the building could liquefy during an earthquake. The courthouse is currently 3 feet from the Willamette River and cannot be seismically retrofitted or modified to modern standards. 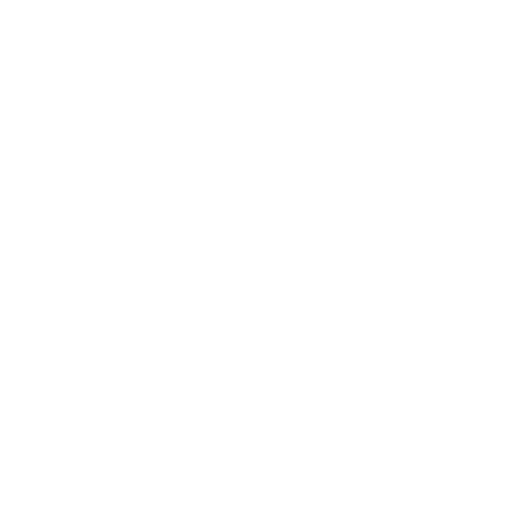 Safety Concerns
There are significant safety concerns due to failing building systems. Mechanical, electrical and plumbing systems are functionally obsolete and in some cases beyond repair. 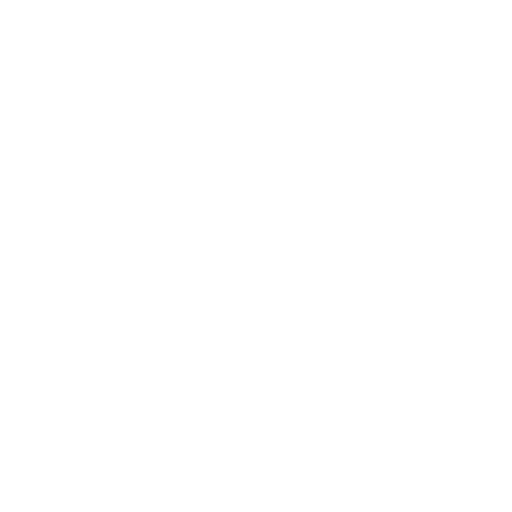 Security Challenges
A capacity shortage in the current courthouse highlights the need for separate building "circulation zones". The current courthouse lacks separate paths for victims, witnesses, and prisoners/defendants. Jurors have no sequestration room on site, increasing the risk of improper communications. 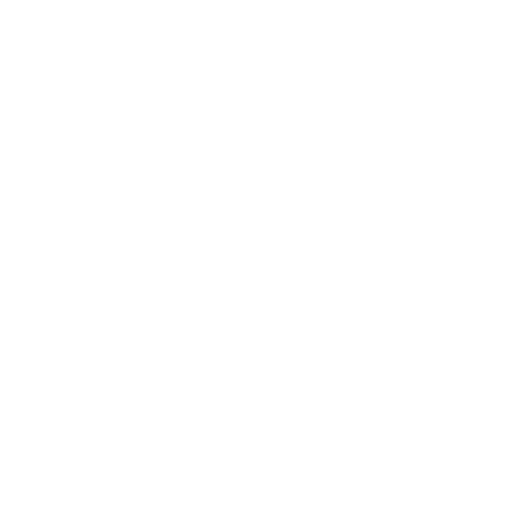 Delays in Justice
With the current courthouse, the gap between space availability and judicial needs leads to delays in justice. The existing courthouse cannot handle the demands of our population, which has led to delays in trials and incarcerations, and affected child support hearings and civil litigation trials.

We are invested and are committed to moving forward

We own the land.

We have also retained three firms to assist in the development and management of the procurement activities to engage the project company.

A Community of Support

Local and statewide stakeholders support the project and are involved in planning efforts.

Clackamas County was awarded $100,000 from the U.S. Forest Service as part of the 2019 Wood Innovation Grant program. The funds are being administered by Clackamas County’s Economic Development team, supporting work by the University of Oregon School of Architecture & Design and Oregon State University’s Tallwood Design Institute, to consider how cross-laminated timber, or mass timber, could be used in the construction of a new county courthouse.

Students in the University of Oregon fall 2019 Design Studio prepared six courthouse designs incorporating mass timber elements. Two designs were then selected to undergo a Life Cycle Analysis that will include consideration of cost differences and environmental benefits of using mass timber compared with more traditional materials in the construction.

Learn more about the students and their designs.

Clackamas County provides a variety of services, and responsible use of public dollars is always at the front of our mind. We know trust begins with transparency, and we commit to providing updates during each phase of the project.

In addition to jobs provided during construction, courthouses include a variety of public safety, administration, and social services careers. Courts also resolve business agreements and property transactions that help keep the economy moving.

Long-term investments like the courthouse will last for decades, improving the experience for hundreds, and sometimes thousands of residents, community members, public safety officials, and victims that enter the courthouse each day.

It’s the job of the courthouse to ensure everyone receives their day in court. Trial delays, proximity between the accused and their accusers, and hallways shared by criminal defendants and the public are just a few examples of the overwhelming public safety need.

Honor, utilize, promote, and invest in our natural resources

Clackamas County views public infrastructure investments through a lens of carbon neutrality, which includes the buildings we own and operate. A new courthouse allows the county to step closer to carbon neutrality by pursuing climate friendly building materials like cross-laminated timber and carbon neutral energy resources like solar power.

What are the primary reasons Clackamas County needs this?

Our current courthouse is outdated, and was originally designed with a single courtroom and county offices. It has been remodeled countless times to accommodate 11 courtrooms.

Further, it was not built to modern seismic standards, and retrofitting for seismic events is not a prudent decision if it no longer meets the needs of the community. A recent appraisal indicates the building is at the end of its economic life. The building also forces victims of violence to come into contact in hallways with the same people who committed crimes against them. This is intimidating for witnesses and victims, and creates an overall safety issue for all courthouse users.

Lastly, because of the safety issues, the county is requesting half of the construction costs for the new courthouse from the State, creating a one-time opportunity to get this accomplished at minimal cost to the residents of Clackamas County.

What will the new courthouse feature?

The current plan allows for a 215,000 square foot courthouse that features:

Plus, by moving to the Red Soils Campus, courthouse users will now only be steps away from departments such as: Social Services; Behavioral Health; Public Health; Juvenile; Veterans Services; and the Family Justice Center. This means that people don’t have to drive all over town to access the various functions of county government, and proximity will improve efficiency and collaboration between these different public service agencies.

No. Simply put, we need more space for enough judges and courtrooms — right now we have enough of a population for three additional judges to handle, but we have no space for them or courtrooms, which leads to serious delays in justice.

What outcomes can we expect from the new courthouse?

A new courthouse will:

What’s the plan? How long will construction take?

The county plans to build the new courthouse on the county’s Red Soils Campus in Oregon City by 2025. That will meet projected county needs for the next 50 years and comply with specifications outlined by the Oregon Judicial Department.

Will the new courthouse incorporate the Juvenile Court?

There are two types of Juvenile Court — delinquency and dependency. The new courthouse will hold the dependency portion, which is currently operated out of the existing courthouse.

Delinquency is operated from the Juvenile building on the Red Soils Campus (in close proximity to the new courthouse) and will remain there.

Will the new courthouse be easier to get to?

Yes! Rather than being located in downtown Oregon City with extremely limited parking options, the new courthouse will have great access to public transit and ample parking. The county will comply with all Oregon City parking requirements for the campus.

What will happen to the existing courthouse?

How is a new courthouse being paid for?

Clackamas County is receiving $94.5 million in matching bond funds from the 2021 Oregon Legislature, which represents the state’s 50% contribution of funds toward the estimated $189 million project.

The private partner, to be selected during a competitive procurement process, will finance, design, build and maintain the new courthouse over a 30-year period. The state and the county will not make any payments until the building is completed and ready for occupancy. Upon completion, the state contribution will be applied as a lump sum payment towards the private financing with the remainder repaid by the county over the 30-year term of the project agreement.

The public-private partnership provides the best value in keeping with the County’s commitment to affordability with the courthouse project.

The new courthouse building will be built without any tax increases.

Can’t the county just use other funds like road funds?

Road funds, by law, are completely separate from courthouse funds. Road funds can only come from dedicated road funding sources (state gas tax, vehicle registration fees), and these funds can only go to roads. 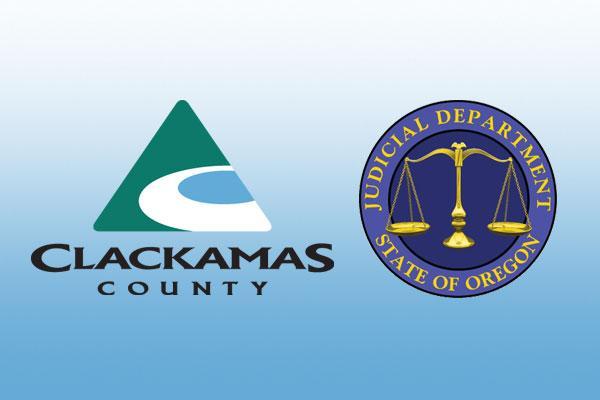