Rabies is a rare infection of the brain and nervous system that is almost always fatal. Rabies is passed through saliva by an animal with rabies bites another animal or human. Rabies is preventable. Prevent rabies by not handling wild animals and by vaccinating your pets to protect both the pets and the people in your family.

How common is rabies?

Although human rabies cases are rare in the United States, with only 1 to 3 cases reported each year, animal bites are common, according to the Centers for Disease Control and Prevention (CDC).

In Oregon, bats are the main animal of concern for rabies. In the last five years, Clackamas County has averaged one bat per year that tested positive for rabies.

In the last 15 years in Oregon, less than 10 percent of bats that have been tested and approximately 16 percent of foxes that have been tested were found to have rabies. These were animals that were acting or more likely to be acting unusual, thus the amount of rabies in the wild is likely less than this. During this period, no cats, dogs, or raccoons tested positive for rabies in Oregon.

If you are bitten by an animal

Animal bites sustained by a Clackamas County resident should be promptly reported to the Clackamas County Public Health Division at 503-655-8411 or go to the Oregon Health Authority’s website to find help near you. Particularly, any contact between a bat and a human should be evaluated carefully and immediately.

Animal bites and scratches should be treated first like other wounds. According to the CDC, wound cleansing alone even without other treatment already reduces the likelihood of rabies

For superficial bites from a familiar household pet that is immunized and in good health:

For deeper bites or puncture wounds from any animal, or for any bite from a strange animal, the Johns Hopkins Medicine Library suggest the following:

Locating the animal that inflicted the wound

Some animals need to be captured, confined, and observed for rabies. Others may be tested for rabies. Testing for rabies requires the animal to be dead and requires coordination with Public Health. Do not try to capture the animal yourself. Instead, contact the nearest animal warden or animal control office in your area. If the bite comes from a dog, contact Clackamas County Dog Services. If the bite comes from another animal, call Public Health. If assistance is needed finding the animal (other than a dog) call the Oregon Department of Fish and Wildlife at 866-968-2600.

Oregon law (ORS 433.365; OAR 333-019-0017) requires all dogs to be vaccinated against rabies as early as three months of age. There are not state laws about other pets, but this is recommended. Discuss options with your veterinarian. Pets that may have been in contact with rabid animals may be required by law to be vaccinated and either quarantined or euthanized according to instruction from Public Health.

The National Associate of State Public Health Veterinarians recommends rabies vaccinations for all horses and livestock that have frequent contact with humans (e.g., in petting zoos, fairs, and other public exhibitions). Consult with your veterinarian about vaccination protocols for domestic animals.

People should examine their home for holes that might allow bats inside the home. Most bats leave in the fall or winter to hibernate, so these are the best times to batproof your home.

Fill any openings larger than a quarter-inch by a half-inch. Use window screens, chimney caps, and draft-guards beneath doors to attics, fill electrical and plumbing holes with stainless steel wool or caulking, and ensure that all doors to the outside close tightly.

How to safely catch a bat

You should avoid handling bats at any cost. However, if you must come into contact with a bat, follow these steps:

Once contained in a secure box, do not release the bat, and call the Clackamas County Public Health Division at 503-655-8411. Only if the captured bat is the same one that caused a bite wound and if it is captured with an intact head will be considered for testing at the Oregon State Public Health Laboratory.

Video: How to Safely Catch a Bat in Your Home 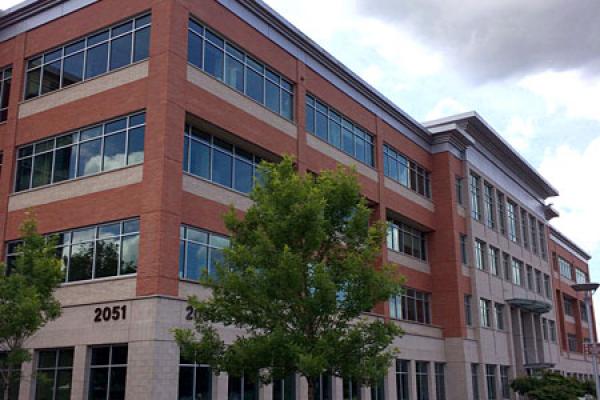