What does the Affordable Housing Bond mean for Clackamas County? 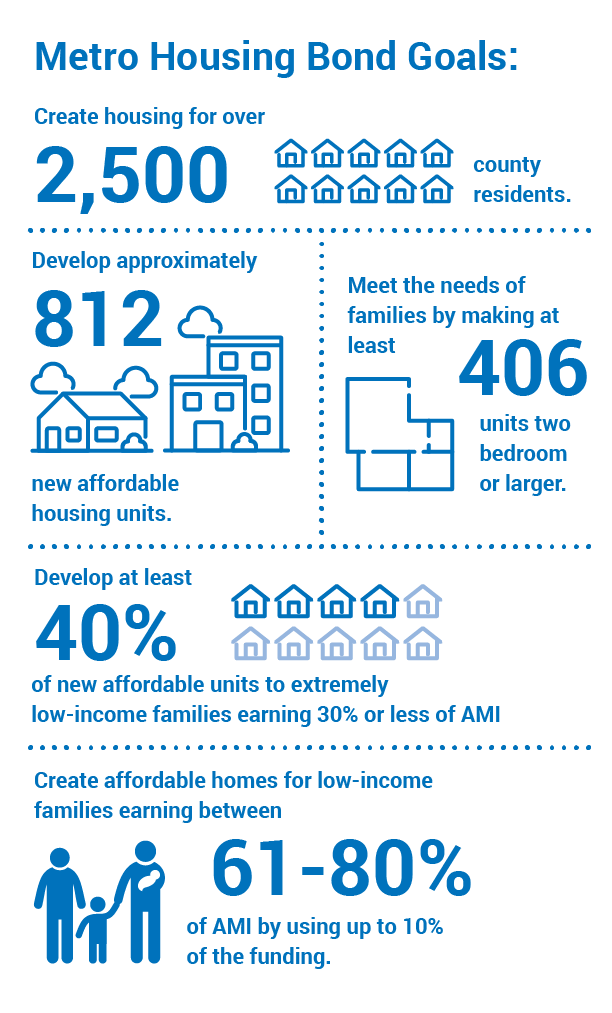 These funds allow the county to shape the landscape of housing that will serve our communities affordable housing needs for decades to come. The county’s goals for the bond funds are to:

Clackamas County used information gathered by a robust community engagement process to inform the strategy laid out in the Clackamas County Local Implementation Strategy (LIS), which will guide the creation of housing using these funds.

The Hillside Master Plan for Housing Opportunity is a grant-funded project that envisioned the future of this 16-acre public housing community.

Maple Apartments is a multi-building complex that is set around a central green space, which will be designed as a publicly accessible park.

18000 Webster Road is a 2.2 acre site with an existing 27,000 square foot single-story building, originally constructed as a nursing home.

Do you qualify to live in affordable housing?

If your family earns 80% or less of Area Median Income based on our eligibility chart, you would qualify to live in housing developed by the Bond.

See if you qualify

What is the Affordable Housing Bond?

In 2018, regional voters approved a $652.8 million general obligation bond to address the shortage of affordable housing within Metro’s urban growth boundary. The bond allows our region the opportunity to invest in the development of new housing resources for some of our most vulnerable and historically marginalized residents. The Affordable Housing Program Work Plan- provides a comprehensive plan for implementing Metro’s Bond Measure program.

Metro-wide goals for the bond funds include:

What is Affordable Housing?

The definition of affordable housing depends on income level. The more income you have, the more you can pay toward your housing costs. The U.S. Department of Housing and Urban Development (HUD) defines affordable housing as, housing that costs 30 percent or less of a household’s income. That means that housing affordability depends on the family and not on whether you own a home or live in public-subsidized housing. Unfortunately, the gap between rent and wages has widened in our community, making the majority of rental units out of reach for many of our neighbors.

How will the bond funding be distributed between the three counties?

The bond will create 21 percent of homes in Clackamas County, 45 percent in Multnomah County and 34 percent in Washington County.

Why will Clackamas County receive only 21 percent, while other counties receive more?

The Metro Urban Growth Boundary is made up of portions of three counties. Each county contributes a different percentage of property taxes based on how many of the county’s homes fall within the boundary. The intention of the program is to create affordable homes proportionate to revenue raised in each county. Clackamas County’s portion of the revenue generated through property taxes within the urban growth boundary is 21 percent.

Who will decide where housing projects are built (Metro or Clackamas County)?

Each county will develop plans based upon our own needs. This local plan will be approved by the Clackamas County Board of Commissioners and then by Metro Council. This plan will be developed following an extensive community outreach process, and Clackamas County will speak to our jurisdictional partners as well about their priorities as well. The Metro Implementation Committee will review project plans to ensure they will enable us to meet our specific goals.

How much will property taxes increase?

How will we know Clackamas County gets their share?

The bond requires the establishment of a Community Oversight Committee to track the program goals and provide accountability to voters. The distribution of funds is just one of several outcomes that they will track.

Who will be on the Community Oversight Committee and what is their role?

The committee will be made up of 7-15 community leaders who cannot be elected officials or have monetary conflicts of interest. Metro is accepting nominations now for interested community members. The 2019 Metro Council will appoint members who are diverse in perspective and expertise.

How will the bond funds be used?

The funds can only be used to:

How much of the funds will be used to build housing?

The majority of Bond funds MUST be used for housing units.

Ten percent of the funds generated by the bond will be used by Metro to acquire land that will be developed into affordable housing within the region. Five percent of the funds will be set aside for administrative costs. This allows local entities to hire the staff required to implement the plans they are developing.

Will county residents have the opportunity to help create the priorities for the housing to be built?

How will the county decide what type of housing to build?

The unit goals identified in the prior section labelled “What does the Housing Bond mean for Clackamas County” will be the driving force behind the type of housing to be built. Additionally, the county’s implementation plan will include input from the community as we work to identify local priorities which must be aligned with the following core values laid out in Metro’s Bond

How long will it take to begin developing housing?

There is much work to do before housing can actually be built. Metro has set a goal for the implementation plans to be approved by July 2019, with the targeted dates as follows:

What is Area Median Income?

In Clackamas County $81,400 is considered the midpoint of earnings for a family of 4. If a family of 4 makes at least $81,400, they are not considered low income but rather “middle class”. 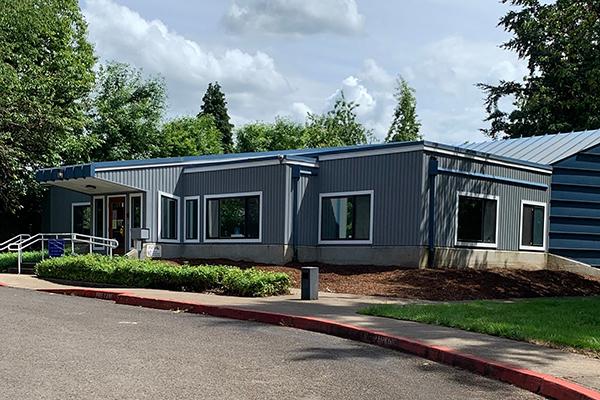